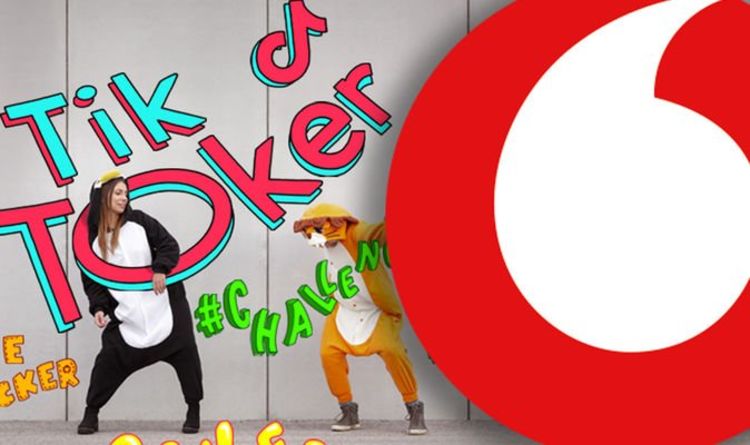 If you spend hours on TikTok watching video after video, you’ll want to take notice of the latest announcement from Vodafone. The UK network is now offering unlimited data when watching content on video-sharing platform TikTok, meaning you should never run out of internet access ever again. This upgrade is part of Vodafone’s VOXI service which already offered unlimited access to content on YouTube, Netflix, Amazon Prime Video, My5, TVPlayer and UKTV Play. And now, TikTok is joining this plan, which VOXI calls Endless Video.
Vodafone says that prices start from £15 per month which includes unlimited calls and text plus 20GB of data. That’s not the biggest data bundle ever but all content streamed via TikTok and the other services mentioned above won’t count towards that small limit.

Customers currently on a 15GB or 45GB 5G plan with Endless Video will also automatically be upgraded to enjoy endless streaming on TikTok from today.

Speaking about the update, Scott Currie, Head of VOXI, said: “We have seen how incredibly popular TikTok is with our VOXI customers, with usage having spiked massively over the last year. By adding TikTok to our Endless Video plans we are giving our customers the freedom to access the content and channels they love, with simple, cost-effective prices – on a mobile network they can count on.”

It is worth noting that a number of rival networks continue to offer fully unlimited data no matter what you are watching when away from your broadband.

In fact, SMARTY has just announced that it’s actually cutting the cost of its totally unlimited SIM to just £18 per month which makes it one of the cheapest ways to get all you can eat access to the web.

SMARTY, which uses Three’s 3G and 4G signal and doesn’t require customers to sign up to a length contract, says this unlimited SIM deal is available until July 13. Three is offering its unlimited data plan half price for the first six months with it then costing £20 per month for the rest of the term.