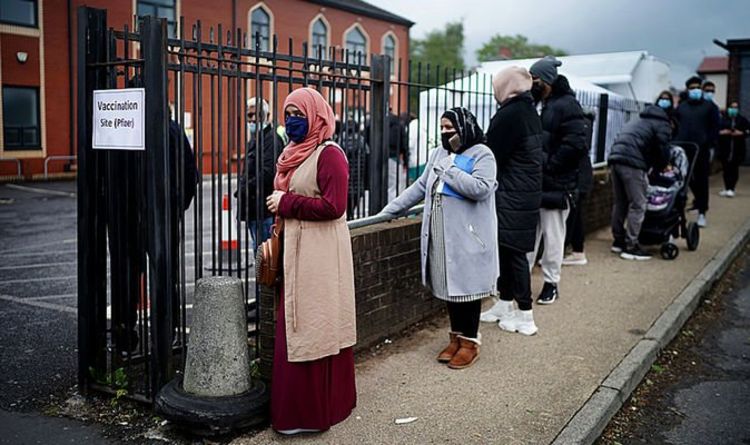 Professor Andrew Pollard said that while preventing infection was important, how jabs stop serious disease is key. He said yesterday: “If the current generation of vaccines are able to stop people going into hospital – while there is mild infection – then the pandemic is over because we can live with the virus. “The thing that makes this a pandemic is people going into hospital. So what we really need to know is how well vaccines are performing in preventing people from going into hospital.
“What we’ve seen so far is that protection against hospitalisation and death is much higher than protection against mild infection.

“So what I’m waiting for is to find out whether these infections that we’re starting to see a little bit with this current variant are completely uncoupled from hospitalisations and deaths.”

He added: “We are going to have to live with the virus, but it doesn’t matter if most people are kept out of hospital because then the NHS can continue to function.

“We just need a little more time to have certainty.”

Residents in Blackburn, one of the hotspots for the Indian variant, continued to queue at drop-in vaccination centres yesterday.

Prof Pollard said it was not certain whether booster jabs would be needed this winter but scientists are primed to deliver them.

He added: “That’s the evolution of this virus, that it’s going to find ways around immune responses to be able to spread a bit better.

“That gives a really important public health message – that if you’re unvaccinated, then the virus will eventually find those individuals in the population who are unvaccinated.”