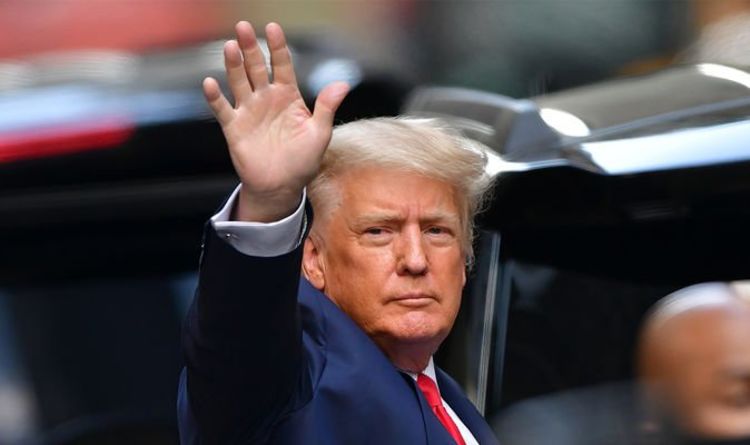 The former President ordered the Department of Defence to publish all findings on “unidentified aerial phenomena” in his December coronavirus relief bill. The Pentagon are set to hand their findings to Congress in June, with Mr Trump finally addressing his ordered-report into possible alien sightings.
Mr Trump appeared on the first episode of US conservative Dan Bongino’s radio show to discuss the alien report.

The former President told the radio host: “I’m a believer in what you see, but there are a lot of people out there who are into that.

“I’m not such a believer, but some people are, so I don’t want to hurt their dreams or their fears.

“It could be fears more than dreams.”

His comments come after former President Barack Obama has voiced support for the existence of aliens in a series of interview appearances.

Appearing on the Late Late Show, hosted by James Corden, the former President said there are UFOs sightings that defy explanation.

He said on the programme: “What is true, and I’m actually being serious here, is that there are, there’s footage and records of objects in the skies, that we don’t know exactly what they are.

The comments come ahead of the Pentagon’s expected June deadline for publishing their findings on ‘unidentified aerial phenomena’.

Christopher Mellon, top defence official who served in the administrations of Presidents Bill Clinton and George W. Bush, added more needs to be done on the process for reporting UFO sightings.

He told NBC News: “My hope is that this administration will provide our military people the support they deserve.

“On this issue, that means determining ASAP what threat, if any, is posed by the unidentified vehicles that are brazenly and repeatedly violating restricted U.S. airspace over hovering around our warships.”