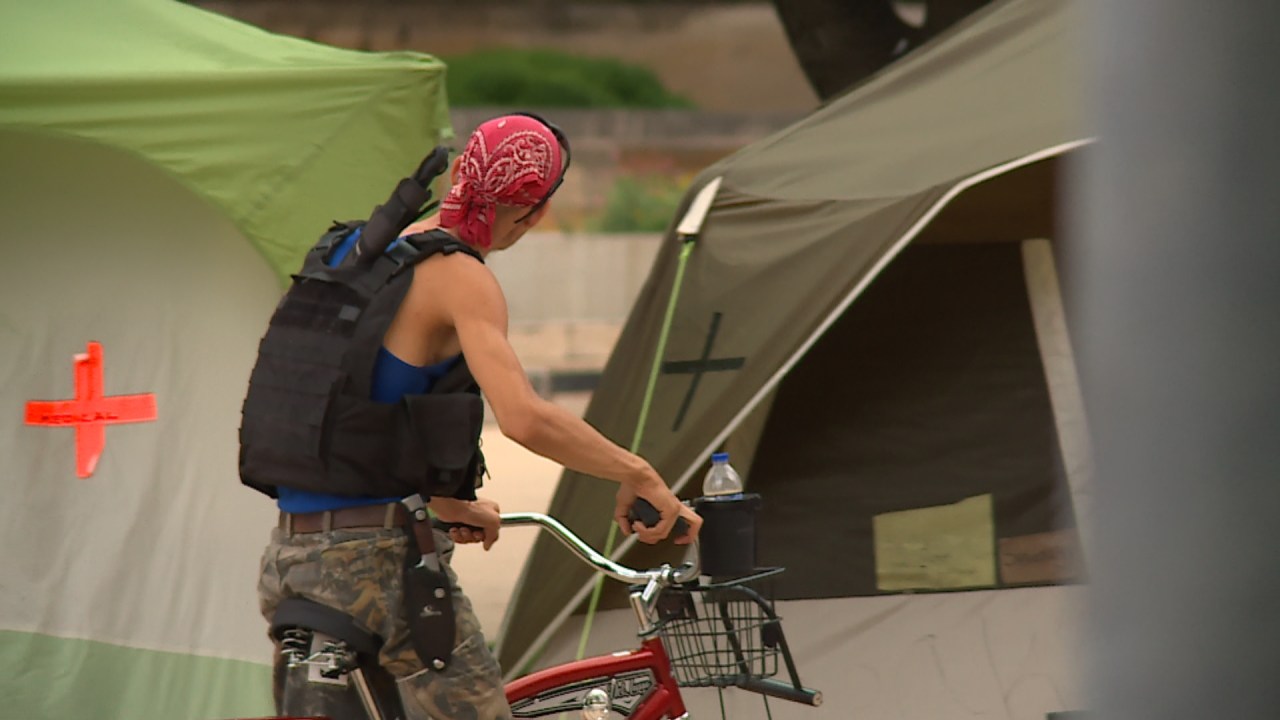 At KXAN at 5 p.m., Jacqulyn Powell will share more about this ‘security detail’ and the impact around City Hall.

For weeks, people experiencing homelessness have surrounded City Hall with their tents in protest of Austin voters reinstating the city’s camping ban.

Council Member Mackenzie Kelly tweeted that she was harassed as she walked out of City Hall on Monday. In the tweet, she said that she saw one man with a metal pipe and at least one knife, making her feel unsafe.

Kelly put out a call for people to contact her fellow council members about the situation.

Interim Police Chief Joseph Chacon responded to her tweet, saying, “Council member Kelly, I encourage you to make a police report if you were threatened so @Austin_Police can follow up. I have officers keeping an eye at City Hall daily.”

On Monday, KXAN spoke with a woman experiencing homelessness at City Hall who explained that those camping outside of the building have formed their own “security detail.”

“We have a whole security team here,” Trisha English said, adding that she and others work shifts to make sure they’re securing the area 24 hours a day. She says when it’s her turn, she wears a bulletproof vest.

“I secure this camp to make sure everybody’s okay and make sure things do not get deescalated [sic] to the point where they have to call APD because APD is completely corrupted,” English said.

During the interview with English, a man with a machete came up, asking English if she wanted the KXAN News crew there. The man said to the news crew that he was part of the encampment’s security detail.

Those trading off shifts can often be seen wearing a vest, carrying one or more knives and using walkie talkies.

KXAN has reached out to APD, asking whether officers are aware of the group organizing its own detail. KXAN has also asked APD at what point it would consider that a threat to public safety and if that would result in officers clearing out the encampment ahead of the July deadline.