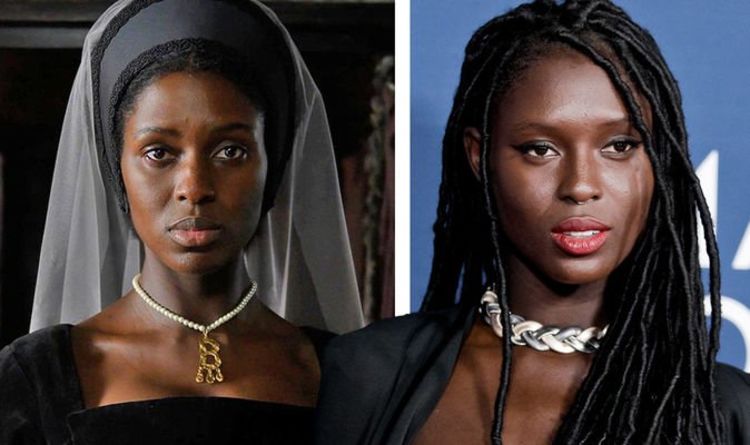 Channel 5 caused quite a stir after they announced UK actress Jodie Turner-Smith, who is born to Jamaican parents, will be portraying Queen Anne Boleyn in their latest dramatisation that turns traditional history into a modern thriller. But not only is the adaptation a brand new take, the broadcaster has opted for what they refer to as “identity-conscious casting”, choosing actors and actresses who match the energy and personality of the characters they will play rather than their physical appearance.
But Turner-Smith, who is best known for starring opposite Daniel Kaluuya in the film Queen & Slim, wasn’t surprised that her appointment to play the Queen who survived Henry VIII’s wrath, attracted backlash.

In a new interview she addressed the reaction she had received, noting she is aware it might be a stretch for some people to come to terms with.

“It’s much more approachable and appealing to a contemporary audience when you cast this way because we are distilling this down to a human experience,” she said.

“If you ask anyone to watch a film or to observe any art, you are asking them to suspend their beliefs.

“I am aware it’s going to be a stretch for some people because they will feel too distracted by that, but I think for a lot of other people who are finally ready to see the world in a different way, they’re going to see that this is a human story we are telling, and a fascinating one at that.”

Actor Paapa Essiedu, known for I May Destroy You, has been casted as Anne’s brother George.

Weighing in on the matter, he also told Radio Times: “Everyone has the right to comment.

“But I would question anyone who’s got a problem with this but hasn’t got one with believing that a space-ship can fly in Star Wars or that a giant bird can talk in Sesame Street.”

In a separate interview, Turner-Smith revealed to Glamour UK why being a mother herself drew her to the character.

“I had just become a mother and that was what really jumped out at me, the story of Anne as a mother,” she told the publication.

“I did know it would be something that people felt very passionately about, either in a positive or a negative way, because Anne is a human in history who people feel very strongly about.

“More than anything, I wanted to tell the human story at the centre of all of this.”