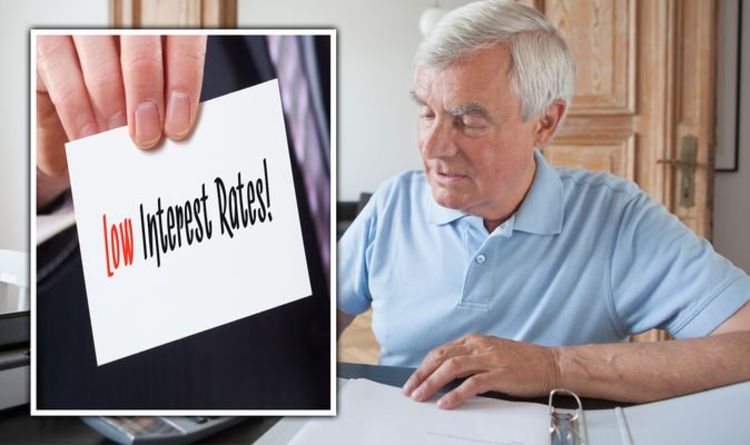 Interest rates, specifically low rates, appear to be impacting retirement plans as savers have flooded the equity release market. According to new research from Responsible Life, the low interest rate environment has forced pension aged savers to embrace lifetime mortgages en masse.
Equity release itself refers to a range of products letting people access the cash tied up in their home if they’re over the age of 55.

On lifetime mortgages, Responsible Life reported today the number of customers releasing equity through this method has lept more than 30 percent in a year as low rates have driven a “middle-class stampede” towards the sector.

The company went on to break down how the figures show lifetime mortgages are impacting later life planning: “The average value of homes being used to secure lifetime mortgages is 19.4 percent higher than a year ago, at £487,0002 — which is nearly double the average UK house price of £256,4053.

“While it’s true that house prices have been gaining strongly over the same period — rising 10.2 percent in the year to March — this is not enough to explain the shift.

“Even after accounting for house price inflation, the average value of the properties being mortgaged was still 8.2 percent higher.

“This confirms that lifetime mortgages are attracting wealthier customers, who are increasingly using equity release to gift money to children and loved ones, renovate their homes, pay off existing interest-only mortgages and fund their retirement.”

“The pandemic has also played its part in driving up the level of borrowing.

“Repeated lockdowns have not only spurred huge housing demand but there has also been a home improvement frenzy.

“This remains the second most popular reason to take out a lifetime mortgage.”

Equity release options may not provide the best outcome for all those who participate and as such, consumers are regularly urged to check with an advisor before taking action.

Consumers can check the FCA register and Equity Release Council member directory to make sure the advisors they’re dealing with are legitimate and qualified.