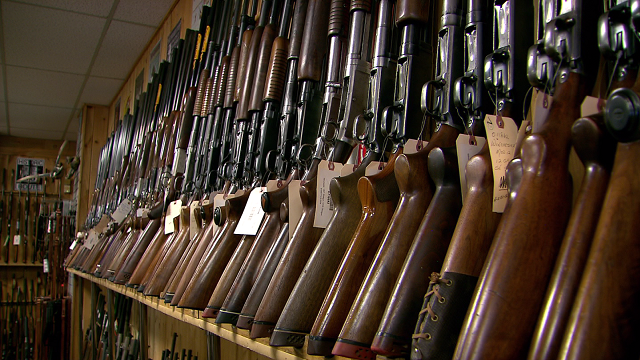 AUSTIN (KXAN) — Before the Texas House would vote late Sunday night to finally approve legislation to allow the permitless carrying of firearms, state Rep. Joe Moody, D-El Paso, delivered an emotional speech about promises he said were not kept by state leaders after violence struck his community on Aug. 3, 2019.

Moody described visiting a school cafeteria with Gov. Greg Abbott where families of victims of the Walmart shooting that left 23 dead and 23 more injured waited for news.

El Paso lawmaker one year after massacre: ‘We can’t let the pandemic stand in the way’ of progress

“When the doors were closed, I heard lots of promises. I haven’t heard them since,” Moody said. “That’s the room I sat in that day. None of you shared that experience.

“One day, a tragedy will come to your community. I pray that it doesn’t.”

The Texas House approved an agreement between House and Senate negotiators on House Bill 1927 that allows Texans over the age of 21 to carry a firearm without any license or training. The Senate followed suit Monday afternoon, sending the legislation to Abbott’s desk.

Under the legislation, individuals with a misdemeanor or felony conviction for unlawfully carrying a firearm would have those convictions expunged from their record. Someone convicted for felony unlawful carrying of a weapon would be able to own a firearm again once their conviction is expunged.

David Coale, a Dallas-based appellate attorney, said expungement is never as easy as flipping a switch.

“Some more procedures are going to be needed — those are going to depend on where the person is located, what the state of the records are, and what else is going on in that person’s case besides the one particular conviction,” Coale told KXAN.

Since the House and Senate approved different versions of the permitless carry legislation, a conference committee was appointed to work out an agreement. In the agreed-upon version, a peace officer could disarm a person any time they believe it is necessary for safety reasons, a provision called for by law enforcement advocates.

“Ultimately, this bill restores a right to Texans that, to my knowledge, has not existed prior to 1871,” state Rep. Matt Schaefer, a Tyler Republican and the bill’s sponsor, said on the floor.

A spokesperson for Abbott fought back against the suggestion that state leaders didn’t follow through on their promises to respond to the violence in El Paso.

“Following the horrific shootings in El Paso and Midland/Odessa, Governor Abbott took decisive action, directing state law enforcement to enhance anti-mass violence measures through eight executive orders and supporting DPS’ safe gun storage campaign,” said Renae Eze, Abbott’s press secretary. “The Texas Safety Action Report recommended the Legislature consider several items. Many of those have been taken up by the Legislature this session, including bills that would codify actions taken by the Governor and the Office of Court Administration following the report.

“The Governor will continue working with the Legislature and taking action, as laid out in the recent Texas Homeland Security Strategic Plan, to protect all in the Lone Star State.”