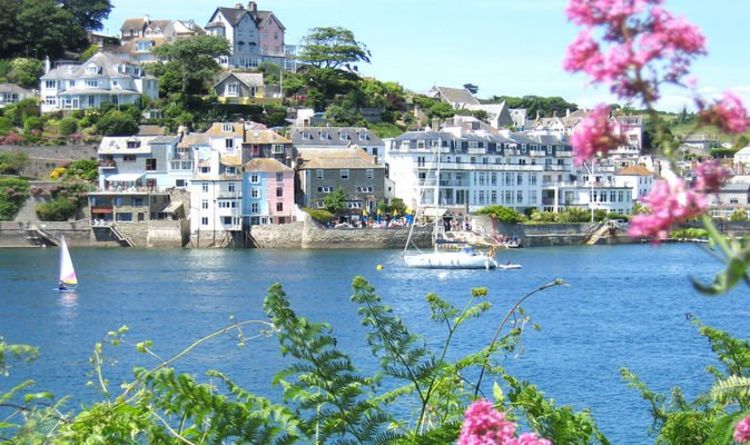 Recent research revealed that Britons could be paying up to 60 percent more on typical seaside buys depending on which coastal town they visit. Salcombe leads the list of the UK’s most expensive seaside resorts.

Savings site VoucherCodes.co.uk, has analysed the cost of a portion of fish and chips, a scoop of ice cream in a cone, a draught pint and a bucket and spade.

The research has been conducted in 20 of the UK’s most popular seaside destinations.

But which one offers the best value for your money?

Whitstable, in Kent, has been named the most affordable seaside getaway.

READ MORE: When will Spain be added to the green list?

Salcombe, in Devon, has been revealed as the UK’s most expensive coastal resort.

In Salcombe, Britons will find the cheapest pint for £3.95 and average ice cream for £3.00.

The town tops the list for the priciest fish and chips costing £12.52.

Following closely behind is Dartmouth, which has the priciest beer for £4.80.

When planning a staycation by the coast this summer, the best option will the beautiful town of Whitstable, if a budget-friendly seaside destination is what you are after.

For those who like to have a drink while sunbathing, the research also found out what are the UK coastal town with pubs closest to the beach.

Weymouth and Whistable are found as the best places to go, with the nearest pub only 79 feet away from the beach.

Lifestyle Editor at VoucherCodes.co.uk,  Anita Naik, said: “UK beaches have so much to offer, which is good news for day trippers and holidaymakers alike as uncertainty around travelling abroad this summer remains.

“While prices in each location may vary depending on which shop you visit, from those analysed it is clear there are differences around the country so you may want to do your research before heading to the coast.”