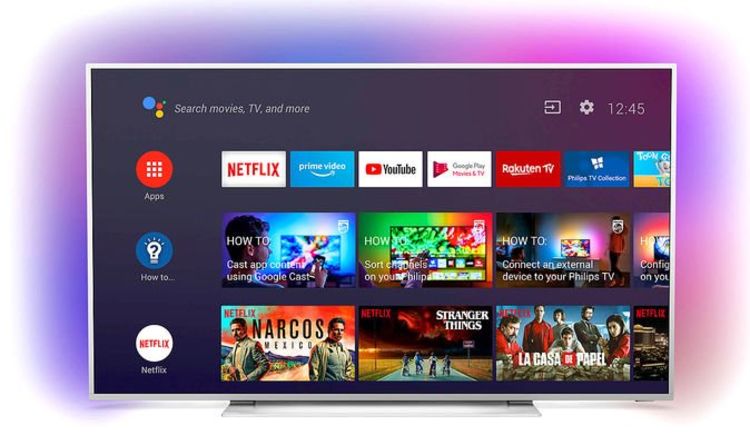 Philips has launched its 2021 line-up of 4K TVs. And its latest OLED TV hopes to solve one of the biggest barriers when it comes to upgrading to this superior picture technology – the price.

When it comes to Smart TVs, upgrading to OLED usually comes with a pretty substantial increase in price. While you can pick-up an LCD television with dozens of streaming apps preinstalled, a 4K resolution, support for HDR, and the ability to change channels with a voice command for under £400, you’d need to triple that budget to get close to the same features with an OLED panel.

Prices have slowly been dropping in recent years, but Philips has really sped up the process. With its 2021 line-up, Philips is offering a 55-inch OLED 4K TV for just £979. By our count, that’s comfortably one of the cheapest OLED TV launch prices we’ve ever seen. And with sales events like Amazon Prime Day, Black Friday and Boxing Day Sales all coming up in the next six months or so, things can only get better.

OK, so which corners have been cut? You would be forgiven for assuming that Philips had scaled back the features and design of its 2021 model to reach that sub-£1,000 price. Thankfully, that doesn’t seem to be the case at all.

Under the bonnet is Philips’ P5 processor, which handles upscaling to boost any High Definition streaming or live channels to take advantage of the full 4K resolution available. That’s exactly the same quad-core chip you’ll find in pricier Philips models. The Philips OLED 705 can handle both HDR standards, Dolby Vision and HDR10+. Like Betamax and VHS, we’re not entirely sure which of these formats will become the norm going forwards (Samsung and Amazon Prime Video heavily support HDR10+, while Dolby Vision is found across Netflix, Apple TV+ and more) so having both at your disposal is ideal – and not something you’ll always find on tellies that cost twice as much as this!

Of course, there are a few compromises at this price point. Philips’ trademark Ambilight technology, which analyses whatever is happening on-screen to beam colour-matched ambient light on the wall behind the telly, is only found on three sides of Philips OLED 705. For most other sets in Philips’ 2021 line-up, Ambilight is now on all four sides – perfect for total immersion if you plan to wall-mount your set-up.

READ MORE
Do NOT open this text! Sky warns all customers to delete DHL messages

Out of the box, it runs on the Android TV software, so you can expect to get the stylish new Google Chromecast-inspired redesign in the coming months. Android TV supports all of your favourite streaming apps, including Netflix, YouTube, Prime Video, Rakuten Movies, Disney+ and Apple TV.

Launched this month, Philips OLED 705 is now available from a number of retailers, including Currys PC World, AO, and Amazon to name a few.