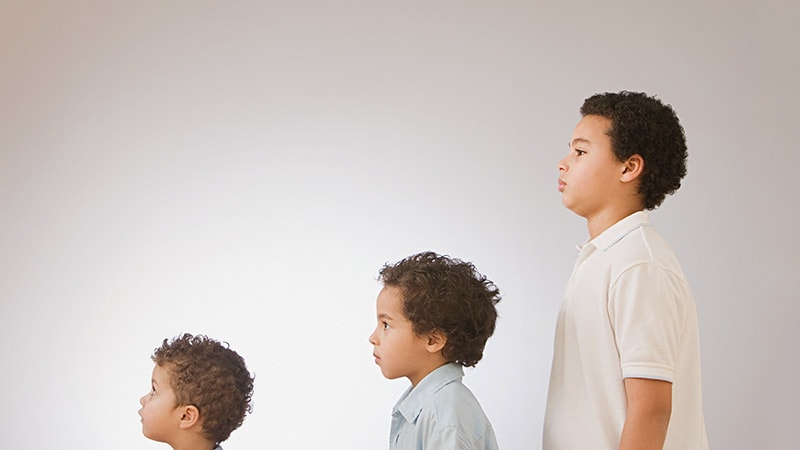 May 26, 2021 — Birth order and number of siblings may be tied to a person’s risk for heart disease and mortality, according to a study covering 2.68 million people in Sweden.

Being the oldest child may have benefits: For first-born men and women with one or two younger siblings, the risk of death and for nonfatal cardiovascular events is slightly lower than it is for those without siblings.

But, the study found that having more than two younger siblings may actually cause the benefit to fade or even shift to an increased risk. The findings were published online Tuesday in BMJ Open.

No one can change their birth order or their sibling status, of course, but Peter Nilsson, professor of clinical cardiovascular research at Lund University in Sweden, and first author on the study, said that the findings show that family history isn’t just about genetics — it’s also about social ties and early influences in life.

The reduced risk for mortality compared to younger siblings, he said, might trace to new parents being able to focus entirely on the first child’s health and safety before new brothers or sisters arrive.

“The parents try to supervise everything, but the third and fourth born have less supervision, so they might tend to smoke more, drink more than the first born,” he said, behaviors that could affect lifespan and heart health.

For the study, Nilsson and his colleagues turned to Sweden’s large and thorough collections of patient data to see how birth order and number of siblings tracked with nonfatal coronary and cardiovascular events and with mortality.

Among 1.32 million women, compared to those who were only children, firstborns had slightly reduced mortality and heart risk.

But when the researchers looked just at heart health, without considering blood vessel diseases like high blood pressure, they found women’s risk increased, by up to 17%, with two or more younger siblings.”

Likewise, their risk for a cardiovascular episode, such as a heart attack, was increased by about 3% if they had four or more siblings.

Among the 1.36 million men in the study, mortality risk also was decreased, by up to 9%, for firstborns who had at least one younger sibling compared to men with no siblings. But men who were the oldest of at least four children had increased risk for coronary heart disease, by up to 10%, whereas men with one to three younger siblings had a slightly reduced risk.

The findings differ from some previous studies that suggested higher risk of death among firstborns, but this newest study sorted out some factors that could give a false appearance of an association, including smoking and alcohol use. The authors could not access each person’s family socioeconomic status, however, which is known to affect health and longevity.

What explains the associations has yet to be determined. Effects could begin before or at birth, Nilsson said. For example, birth weight, which can affect a person’s health. “We know from clinical practice that people with low birth weight are at risk and should be screened for risk factors” for various diseases, he said.

“Cardiovascular disease is the biggest cause of death in the world, so when you find these discrepancies between all-cause mortality and cardiovascular disease, it gives you pause,” said Ethan Weiss, an associate professor of medicine at the University of California, San Francisco, who was not involved in the study.

The study raises some interesting biological questions, said Weiss, and he could start weaving together a plausible story from the findings. But, he added that he’d want to see the study repeated because “there are so many other things that we do know contributes to risk” that are already known to be medically relevant.

Nilsson acknowledged that conventional risk factors are crucial, but “family history still plays a very important role.” When doctors and nurses ask about family history, they can incorporate a patient’s family structure, including siblings and other family ties, into the history, he said. With information about risk associations related to birth order, he said, the doctor can add “the human touch” to preventive medicine.