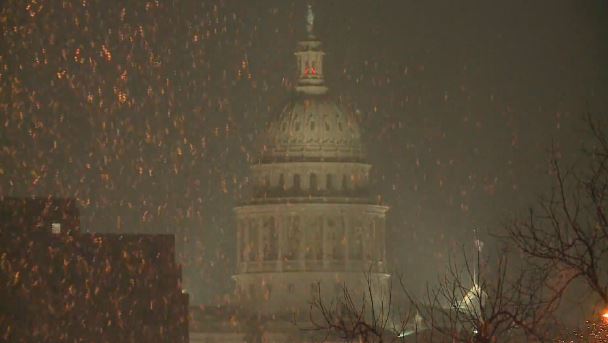 LEANDER, Texas (KXAN) — A Round Rock attorney says he and his clients want answers after a car crash in Leander on Valentine’s Day.

They say a proper DWI investigation wasn’t done after they claim police found out the driver who hit them worked for Governor Greg Abbott.

Roberto Flores of Carlson Law Firm is an attorney for the couple from Liberty Hill who says they’re sharing what happened to ensure police apply the law equally.

Flores says his clients were stopped at a Leander intersection when another driver rear-ended their car.

“We, in the process of investigating these claims, do open records requests and one thing we found was the dashcam of…from the police,” Flores said.

He sent that dash cam video to KXAN. You can see officers take the driver in question to a nearby gas station for a sobriety test, just out of view of the camera.

Police say the driver appeared to be “confused and incoherent at times.”

“What was your impression of that guy when they were talking to him?” One officer can be heard asking another when they enter their squad car.

“His eyes were really red,” the officer replies. “He wasn’t out in the wind that long, so I don’t think it’s from the wind. He was swaying a little bit.”

Police say a breath test showed no evidence of alcohol use but couldn’t provide the results of the field sobriety test because a case report wasn’t completed.

“A report was not required because the officers did not believe that a crime was committed,” said Leander’s assistant police chief.

While Leander police say there was no evidence of alcohol on the driver, they did not conduct a drug test.

Audio is cut from parts of the dash cam video but you can hear officers point out inconsistencies with the driver’s story and timeline — he had told them he had a meeting at the capitol.

“Can you and I agree that there’s — there’s something going on?” an officer says to the driver, who is in the back of the officer’s squad car.

“His coworker indicated that there was no meeting today,” one officer said.

Police say they took the man to the emergency center “out of precaution.”

KXAN hasn’t been able to confirm that the driver is, in fact, an aide to the governor but did find a person with the same name listed on his staff directory page.

KXAN is not revealing his name because he hasn’t been charged with a crime.

It is also important to point out the video shows officers are aware the driver had connections at the Capitol, but it’s unclear they knew about his alleged ties to the governor.

KXAN has reached out to the governor’s office several times for comment, but they have not yet responded.