by Newslanes Media 3 weeks ago3 weeks ago
119views
84
13 shares, 84 points
DEER PARK, Texas (KTRK) — In Deer Park, the community celebrates graduating seniors at Deer Park High School in a variety of ways, one of which is displaying their graduation photos along one of the busiest streets in the city.Aubrey Madison thought she was going to be able to take part in that special moment. When she went to go look for her picture, it was nowhere to be found.

“That was my poster,” she said. “I wanted to see it and be able to take a picture and be honored. I wanted people to see me and it wasn’t there. I was super upset.”Madison said earlier in the day, her mother took a photo of her sign in the ground with all the other graduates and told her how proud she was of graduating. Later that day, after Madison got off of work, she took a trip to Center Street to look at it herself. 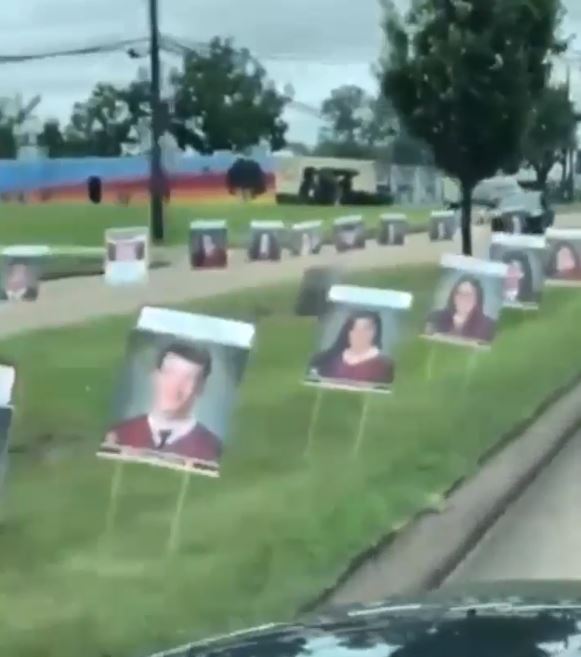 When she got there, it was gone.

“Not even a whole day went by and mine was already gone,” she said.

The student said she doesn’t know who would’ve taken the sign along with the joy her and her mother shared.”It was just sad because it wasn’t even up 24 hours,” Madison said.

She then took to Facebook and posted about her missing sign. A fellow Deer Park resident, David Hernandez, decided to make Madison two custom signs.

“I was really happy, it mean a lot to me,” Madison said.

Hernandez said he felt bad for the teen and this was a once in a lifetime opportunity, so he was going to do what he could to make her graduation one to remember.

“I have a daughter, I wouldn’t want her to feel that way,” Hernandez told ABC13 during a phone call.Hernandez said he wishes Madison the best of luck.

“I couldn’t be more thankful for him, it just really made me grateful,” Madison said. “It’s awesome he’s still putting kindness in this world.”

Madison and her mother are now proudly displaying her new graduation sign in their front yard, all thanks to a fellow neighbor.