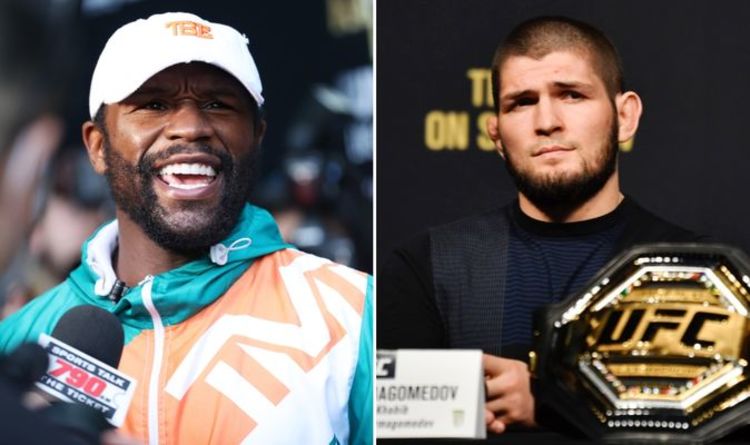 Floyd Mayweather is all set to share the boxing ring with an 0-1 YouTuber in his next bout, but if things had panned out differently, it could have been a 29-0 UFC legend.

That’s because Khabib Nurmagomedov’s manager Ali Abdelaziz has revealed that the retired Russian MMA superstar and former undisputed UFC lightweight champion was offered a colossal payday to end his combat sports retirement and take on Mayweather in an exhibition bout.

Speaking on Mike Tyson’s Hotboxin’ podcast, Abdelaziz explained that Khabib was a man in demand from the moment he announced his retirement from MMA.

UFC president Dana White made no secret of his desire to try to persuade “The Eagle” out of retirement and continue his career in the octagon.

But there were options outside of MMA, too, with Abdelaziz explaining that Mayweather’s team had made the Russian star a blockbuster offer to box him that, had Khabib accepted, would almost certainly have happened instead of Mayweather’s upcoming bout with Logan Paul which takes place at Miami’s Hard Rock Stadium on June 6.

“Khabib got offered $ 100million (£71m) after he was retired to fight Floyd Mayweather. $ 100 million. You can ask Floyd, you can ask everybody,” he said.

JUST IN:
Deontay Wilder will return with ‘a deep vengeance’ in Tyson Fury bout

“Khabib said, ‘no, I’m retired, I told my mother I’m retired, I’m gonna keep my word to my mother. If my mother told me to fight again maybe I will. But, right now, she told me not to fight’.

“He comes from a Muslim culture, we respect our mothers very dearly, we can’t go to heaven without our mother’s permission.”

Abdelaziz also weighed in on Khabib’s longtime rival, Conor McGregor, as he predicted the Irish star’s demise at the hands of Dustin Poirier in their upcoming trilogy fight at UFC 264.

“To me, he’s irrelevant. He’s like a high-end prostitute. Now people want to go out on a date with him, to show, ‘hey, I have a pretty girl with me.’

“He’s the pretty girl, and after that you can go show the other girls and say, ‘hey, I got this beautiful girl, you wanna date me?’

“That means fighters, they fight him, they get this clout fighting Conor McGregor. But they don’t understand Conor McGregor hasn’t won in three years. He’s a high-price hooker.”

Abdelaziz said that, while he believes McGregor’s time at the very top level of combat sport is now over, the Irishman will still secure bumper paydays.

But rather than facing world champion MMA fighters, Khabib’s manager said McGregor will have to dive into the emerging world of celebrity boxing to continue making his fortune.

“You make money when you fight Conor McGregor, because he’s a draw. But how long is that going to last for?” he asked.