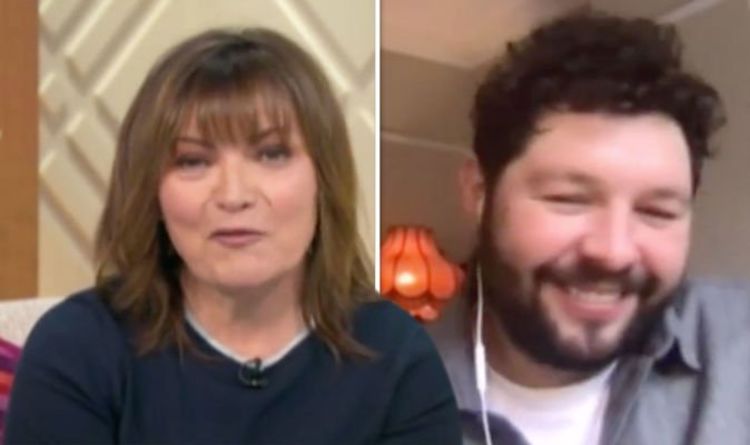 James Newman, 35, received zero points at the Eurovision Song Contest after singing his song Embers. The singer spoke for the first time about his experience on Lorraine Kelly’s show today. The presenter told him he “sang his heart out and gave it his all” and slammed “rotters” for not voting for him.
After the interview ended, she said he was “lovely” to speak to.

Earlier this week, Lorraine said the song was “rubbish” and branded the public “too stupid” to pick a talented singer to represent the UK.

She said: “Poor old James got zero, zilch, nada, nothing in Rotterdam this weekend.

“We all used to vote for who we liked, and then they took it away from the public because obviously we’re too stupid and ever since then we’ve been rubbish. That’s all I’ve got to say about that.”

He wrote: “I want to focus on the positives of this amazing experience.

“I stood on a stage and sang to hundreds of millions of people with a song that I wrote and love.

“Thank you to all the amazing dedicated fans who have supported me through the whole thing made it all worth it. Because at the end of the day they are the people who you do this all for.

“I just want to say a huge massive thank you from the bottom of my heart to everyone who has been on this journey with me, supported me, listened to my music, and filled my life with positivity and love.”