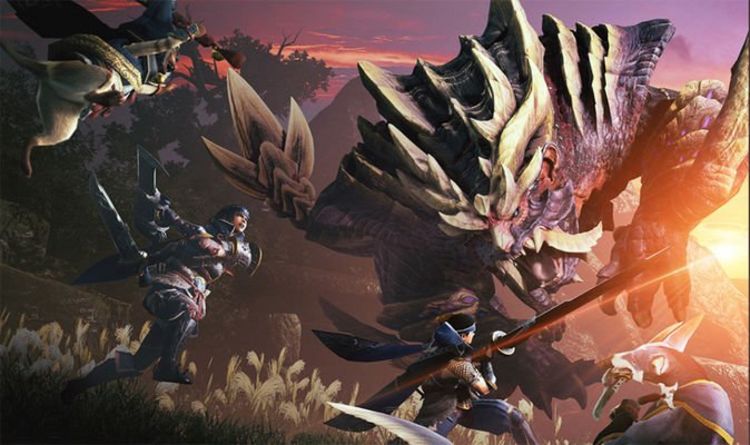 The update introduces a new variant of Valstrax, which is the signature monster from Ultimate Generations.

“This mysterious Elder Dragon is known by the name Crimson Glow Valstrax and can soar through the skies by changing the shape of its wings, allowing it to fly and attack from unusually high altitudes.

“Next, Apex Zinogre enters the fray with an electric “golden lighting” look and different attacks that might leave hunters in shock. Additionally, a new quest featuring an epic showdown with the Thunder Serpent Narwa and Wind Serpent Ibushi will provide players with a highly-anticipated new ending to the storyline.

“This new story ending, as well as the two new monsters, new quests, new weapon and armor options, new skills, and more will be available to players for free when Ver. 3.0 releases later today.”

The Monster Hunter Digital Event takes place at 3pm BST on May 26. You can watch the event as it takes place by clicking play on the video below.

“Monster Hunter Digital Event – May 2021 is fast approaching!” reads a Capcom tweet. “Tune in for details on #MHRise Update Ver. 3.0 and the latest news on #MHStories2.”

Express Online will update the article with the Monster Hunter 3.0 patch notes when they’re announced by Capcom.

Update 3.0 is expected to add new monsters to hunt down, as well as quality of life improvements.

There’s a chance fans will also be treated to a new area to explore, as well as new items to unlock.

Monster Hunter Rise is already one of the highest rated games in the series to date, so any post-release content will only make it better.

Monster Hunter Stories 2, on the other hand, is a new Nintendo Switch game launching in July.

“Hatch, raise, and live alongside monsters as a Monster Rider in this fun-filled RPG set in the Monster Hunter universe.

“Our epic tale begins with the mass disappearance of Rathalos from around the world. At the start of the story, you meet a Wyverian girl who knew your illustrious grandfather, Red. She has been entrusted with an egg, but what’s inside it?

“The fate of the world hangs in the balance as the exciting narrative about the Wings of Ruin unfolds.”

As for Monster Hunter Rise, the action-RPG is set in the ninja-inspired land of Kamura Village.

“Set in the ninja-inspired land of Kamura Village, explore lush ecosystems and battle fearsome monsters to become the ultimate hunter. It’s been half a century since the last calamity struck, but a terrifying new monster has reared its head and threatens to plunge the land into chaos once again.

“Hunt solo or in a party with friends to earn rewards that you can use to craft a huge variety of weapons and armour. Brand new gameplay systems such as the high-flying ‘Wire Action’ and your canine companion ‘Palamute’ will add exciting new layers to the already robust combat that Monster Hunter is known for.”