With the introduction of green list countries, out of European summer holiday destinations, only Portugal has made the top spot so far. But as Spain is due to be added to the list, what Brexit travel changes do I need to know before I jet off on holiday to Europe?

Prior to Brexit, Brits could visit any EU country providing they still had six months left on their passport.

But now, you need at least six months left on your passport to travel to any EU member state.

However, the matter can be even more complicated, some people whose passports do not expire until the end of 2021 or even the beginning of 2022 may also be turned away when entering the EU.

Some UK passports have up to 10 years and nine months of validity, but the EU will now ignore the additional nine months.

This means some travellers will be refused entry to the EU, even if they have a whole 15 months left on their passport.

France and Spain, two of the most popular designations for British holidaymakers, are likely to start asking UK travellers to provide proof of accommodation when arriving.

Both countries have similar protocols in place, which affect those staying with family and friends, where hosts need to inform local officials if they are having UK nationals stay with them.

Those staying in hotels or second home owners will also need to provide proof at the border of where they are staying, such as booking information or proof they own property. 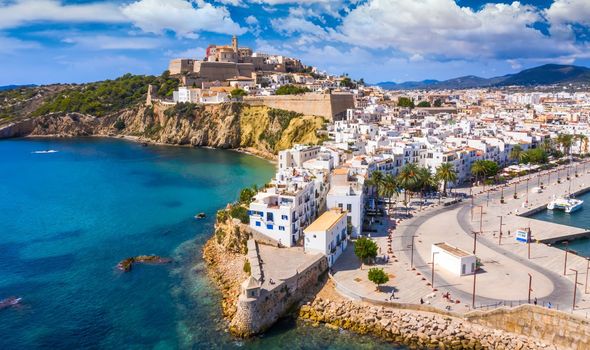 The 5 Brexit rules that could catch you out on your next holiday (Image: GETTY)

If you still have your EHIC card for travelling in Europe, it’s not yet defunct, but it has been replaced.

The Government will continue to cover the cost of necessary and emergency healthcare with a new Global Health Insurance Card (GHIC), replacing the EHIC card.

However, if you have an EHIC card issued before the end of 2020, it will still be valid until it expires.

Length of your stay

Freedom of movement is no longer a luxury afforded to Britons.

You can only stay in EU member states for up to 90 days in any 180 day period.

This includes if you own property in an EU country – if you want to stay longer, you may need to apply for settled status.