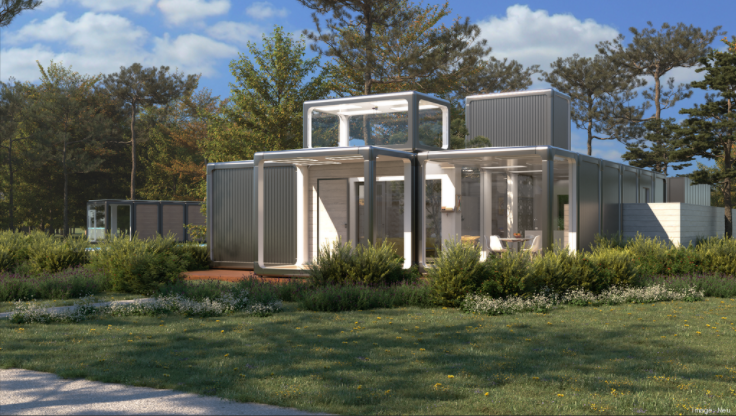 AUSTIN (Austin Business Journal) — Austin’s burgeoning modular housing market has a new entrant: Neu Community Inc., which is developing three communities across the metro, the first of which is set to open this fall.

The company has purchased 400 acres of forest in Bastrop County — about 20 minutes from the new Tesla factory — and is in the process of buying 66 acres on the shore of Lake Travis and about 2,000 acres near the Balcones Canyonlands National Wildlife Refuge. Executives aim to create three housing cooperative communities composed of homes built with Neu’s proprietary modular units.

An ‘unprecedented’ and ‘perfect storm’: Why prices of new homes are spiking in Austin

The company plans to open a showroom in Austin on June 12, after which its business operations arm will be based in the city. The architectural and design arm is currently located in Los Angeles, and the engineering and research teams are based in Italy.

Neu homes range in price from $ 150,000 studios to $ 1.5 million family homes, which Neu co-founder Jonathan Jenkins said is to prevent people from being siloed into neighborhoods by income level.

You can read the rest of this story on the Austin Business Journal’s website.