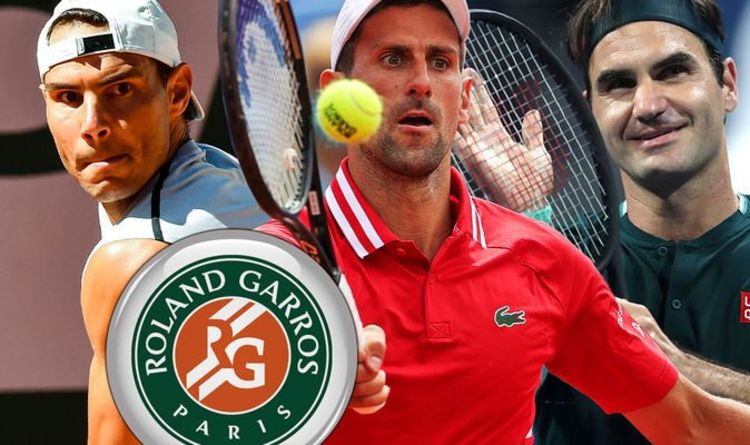 Novak Djokovic, Rafael Nadal and Roger Federer are all in the same half of the French Open draw, meaning only one of the them can make the final of this year’s clay-court Grand Slam. It is the first time ever that the Big Three have all found themselves on the same side of a draw at a major.
The 13-time champion Nadal is seeded No 3 even though No 2 seed Daniel Medvedev has never won a main draw match at Roland Garros.

And Thursday’s draw has put world No 1 Djokovic and the Spanish superstar, who have contested thre finals in Paris, on a semi-final collision course.

The two last met in the final of the recent Italian Open with Nadal the 7-5, 1-6, 6-3 winner in Rome. They also contested the 2020 French Open final which Nadal won in straight sets.

Djokovic starts off against American Tennys Sandgren with Nadal’s defence beginning when he takes on Australia’s Alexei Popyrin.

The Serb is scheduled to meet No 8 seed Federer in the quarter-finals, should the Swiss – still getting back to fitness after over a year away from the court – make it that far.

Federer’s first-round match will see him take on a qualifier and if he comes out on top he could face Marin Cilic in round two.

The lopsided draw opens up the route to the June 13 final to two-time finalist Dominic Thiem and Stefanos Tsitsipas, who won the Lyon Open title on Sunday.

The outcome of the draw will please Djokovic’s coach Goran Ivanisevic. The Croat confidently told L’Equipe this week: “Nadal is favourite and there is only one person who can beat him according to me: Novak.

“And it is maybe crazy to say sit but I would like it that he is the same part of the draw. Novak would perform better, in my opinion, against him in the semi-final.

“It is psychological. If I had to make the draw, it is what I would do.”

British No 2 Cam Norrie, who has reached two finals on the clay this season, faces a qualifier in the first round and then potentially Nadal in round three.