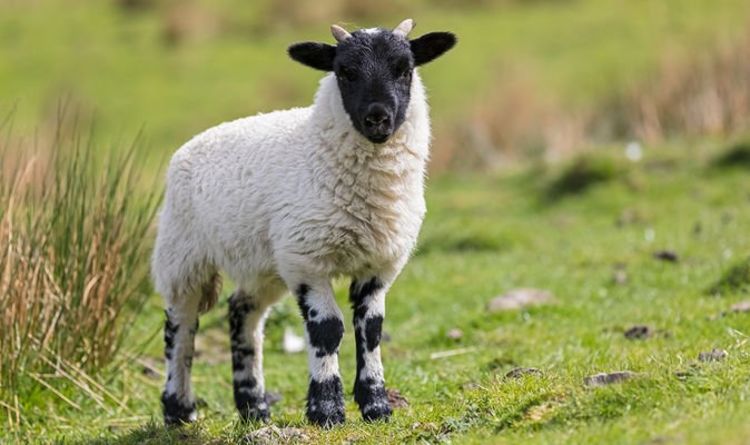 The account, named Darcy Boris & Lily (@darcy_boris_lily), frequently posts videos of a woman and her two son’s animals. Lily and her family took the lamb in after his mother could not look after him, but what no one expected was the bond that would form between him and their dog.
In the cute clip, the owner revealed that lamb Benny’s mother gave birth to triplets, but was only able to look after two.

“Lily still loves cleaning Benny, wrestling with him and she always watches over him. If someone’s too rough near him or mama sheep comes over to push him away, Lily will get in the way.”

The video shows Lily and her three children playing together, joking that Benny forgets he is a lamb and thinks of himself as a dog.

The lamb is seen lying with the dog, following him wherever he goes and frequently playing with him.

Writing on Instagram, Benny’s owner said: “Benny is coming on wonderfully, he latched properly yesterday for the first time & his energy has just shot up. He runs pretty fast for being a few days old

“I am convinced he thinks he’s a dog now, although I do bring in his triplet siblings inside (one at a time) so they can play because he loves them. He also loves his mama but nature says she can only raise two. We have NO hard feelings towards mama. She’s actually pretty smart; but my heart did hurt for Benny when he was sad.

“When he’s a little older, he’s going to join us on dog walks with his doggo flock. Our neighbors are going to think we’re completely [nut]s but I really don’t care. Benny literally follows the dogs and Aaron and I everywhere He loves company.”

READ MORE: Dogs could be used to screen for Covid, study finds

A third user, who appeared to cry with happiness at the video, said: “Ok who the hell is cutting onions?”

Similarly, another added: “This makes me want to cry and what I mean is cry a lot.”