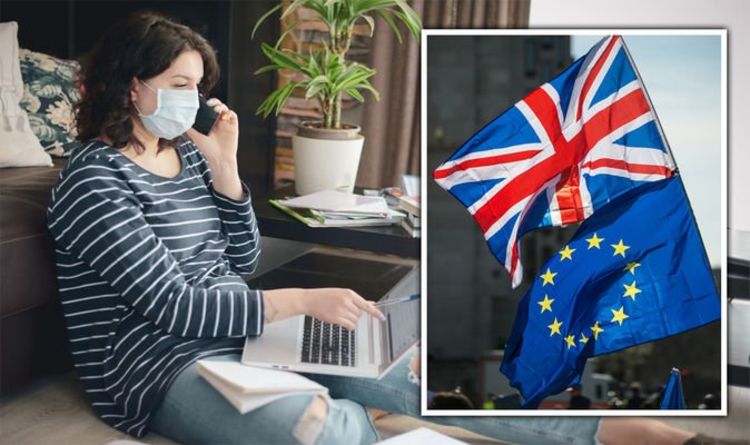 EU citizens can apply for the settled or pre-settled status in the UK through the EU Settlement Scheme (EUSS), which will allow them to live and work in the UK beyond June. Should an applicant be granted either of these statuses, they’ll then be able to access various state benefits, pensions and NHS services.
“I’m proud that since the EUSS launched in March 2019, more than 5.4 million applications have been made to the scheme and there have already been over 4.9 million grants of status.

“Today’s published statistics reveal the breadth of profiles and geographical spread of applicants so far from across the whole country.”

Those who still need to apply will usually need to have lived in the UK by December 21 2020.

When applying, claimants will need proof of their identity and their residence in the UK, unless they have a valid permanent residence document, or valid indefinite leave to remain in or enter the UK.

Following an application, letters will be emailed to applicants confirming they’re settled or pre-settled status.

Should a claim be unsuccessful, claimants will be able to apply again at any time up until the June 30 deadline.

Additional information or evidence can be submitted following initial attempts.

Full details on the EU Settlement Scheme and its application rules can be found on the Government’s website.