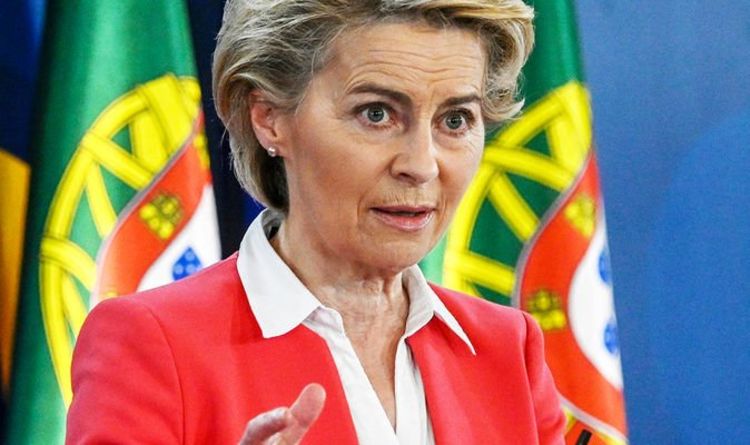 Relations between Switzerland and Brussels are governed by more than 100 bilateral treaties. EU leaders had hoped to simplify this whilst further integrating Switzerland into their economic sphere.

However, Switzerland has now abandoned negotiations with Ignazio Cassis, the country’s foreign minister, saying its conditions were “not met”.

There was particular anger in Switzerland over EU demands for freedom of movement to include the non-employed.

This would entitle them to full access to the Swiss social security system.

David Bannerman, a former Tory MEP, accused Brussels of seeking to bully the Swiss on Twitter.

He commented: “If we think the EU is treating UK aggressively & unfairly, this is what it is doing to Switzerland. Same bullying pattern.

“No wonder the 7 years of negotiations between Switzerland and the EU have now led to failure.”

EFTA members, including Switzerland, participate in the European single market and accept freedom of movement.

“Of course, the intention behind this plan was to set a “point of no return” towards EU membership.”

As a result of Switzerland’s decision, its relationship with the bloc will be downgraded to “third country” status resulting in more trade bureaucracy.

Swiss medical technology firms, which account for three percent of its GDP, will no longer be able to export duty-free to the EU.

The European Commission commented: “We regret this decision, given the progress that has been made over the last years.”

He said: “For us, EU citizens moving here must have sufficient funds.

“The EU sees it differently, with the Union Citizens’ Directive it goes further than the free movement of workers.”

These would have given Swiss nationals preferential access to jobs and benefits over EU citizens.

It was defeated by 61.7 percent of the vote, with the Swiss government arguing it would damage ties with Brussels.