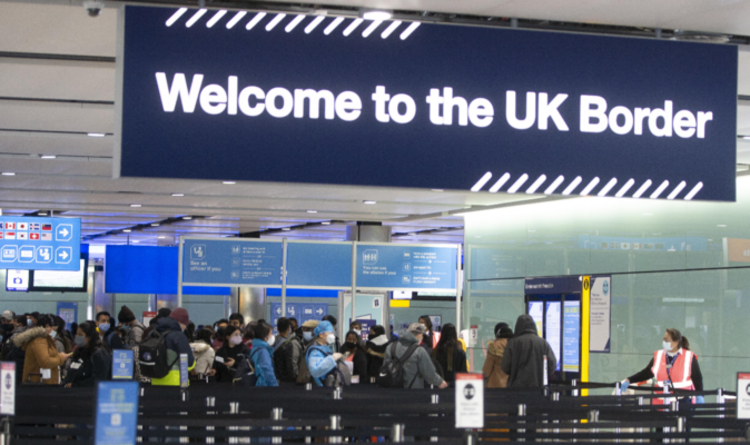 Some of Britain’s favourite island holiday destinations, including Ibiza and Mallorca, could stay on the list. Travellers returning to the UK from amber list countries must self isolate at home upon return.
Speaking to the Times, one source explained concerns surrounding UK Border controls as the influx of holidaymakers increases.

The insider said: “The Balearics are hugely popular and the Government is worried about opening up too quickly.

“Opening up to the Balearics would mean a huge increase in Brits leaving the UK.

“There are fears that opening up to hugely popular destinations like the Balearics would overwhelm Border Force while the 100 percent passenger location form checks remain in place.”

It follows Spain’s announcement of plans to take part in a pilot test for the European Union’s COVID digital travel certificate.

As of June 7, the nation is set to implement a pilot scheme trialling out the EU’s “digital green pass”.

The document will hold the medical data of those entering or leaving the country.

Spain’s president Pedro Sánchez hailed the move as “great news for the tourism sector in the new stage of hope” that has opened with vaccination.

He added that the creation of the certificate will facilitate mobility among European nations.

He confirmed Spain’s participation in the trial stage in his speech at the opening in Soria of the IV National Fair for the Repopulation of Rural Spain.