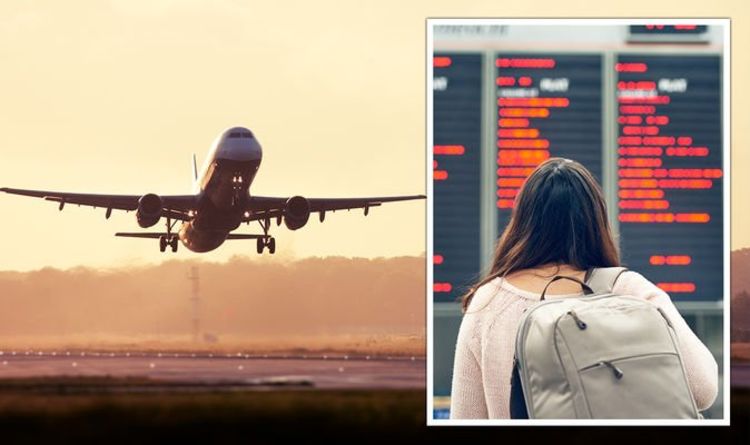 Ireland plans to adopt a COVID-19 certificate to help residents travel more freely across the European Union from mid-July. The country will also apply the same approach to arrivals from the United States and Britain, senior ministers said today.
Fines are also being issued to those heading to airports for holidays and also enforces a two-week mandatory hotel quarantine for arrivals from 50 different countries.

However, Leo Varadkar, deputy Prime Minister, said Ireland is “not in a position” to restore the Common Travel Area just yet following the advice from the National Public Health Energy Team following the concerns about the Indian variant.

Some scientists have suggested that the Indian variant of coronavirus could spread 50 percent faster than other variants.

The more transmissible variant accounts for six to seven percent of cases in Ireland currently according to the Transport Minister,

Mr Varadkar added that the lifting of restrictions on international travel would see a “phased return”, but warned residents that it would not be as it was pre-pandemic.

He confirmed that all EU countries will be coming off the mandatory quarantine list.

However, hotel quarantine is expected to continue beyond July 19 for those travelling from designated red list zones who are not fully vaccinated or do not have a negative PCR test.

The so-called EU “green certificate” will allow people who have received a vaccine against COVID-19, had a negative test or are immune, having recovered from COVID-19 to travel freely around the bloc.

Speaking on RTÉ Radio One’s Morning Ireland, Mr Varadkar said: “We’re buying into the European Digital Green Cert system so there will be different set of rules for EU countries versus non EU countries, and there will still be countries that are on a danger list or a red list where restrictions will be very tough.

“That, unfortunately, will create a degree of uncertainty for some people because you might book a trip somewhere for a country that’s not on a red list but it may be on the red list by the time you go there and there will be requirements around vaccines and testing.

Speaking on the same show, the Transport Minister added: “Europe will introduce the scheme from July 1, recognising they said that there should be six weeks of an introductory period.

“We will need those weeks because one of the things we’re going to have to manage, and it will be difficult, is how we manage our airports.

“Because as the number of people travelling increases, we will still be requiring people to show the cert and even though that’ll be electronic and brief, this can cause delays.”