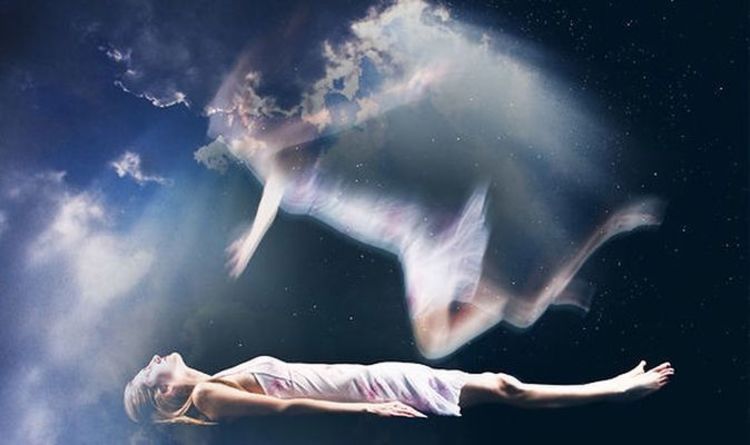 Dr Christopher Kerr has been the chief medical officer at the Center for Hospice and Palliative care in Buffalo, New York since 1999. He has conducted more than 1,400 interviews with dying patients to learn about their experiences. Speaking at a TEDx event in Buffalo back in 2015, Dr Kerr shared some of the conversations with patients which offer unique insight.
He explained: “If there’s light within the darkness of dying then it’s in the experience not in the observing.”

He added: “I learned that end-of-life experiences are the subjective experiences of the dying and often refer to pre-death dreams and visions.”

Such experiences have been reported throughout history and across cultures.

Dr Kerr explained that, although end-of-life experiences can easily be dismissed as confusion, those who experience pre-death visions are not so detached.

Dr Kerr said: “When I was present at the bedside of the dying… I saw dying patients reaching and calling out to mothers, and to fathers, and to children, many of whom hadn’t been seen for many years.”

Although the experience sounds traumatic, Dr Kerr described the patients as seeming “at peace”.

Dr Kerr showed a video of one patient, named Jeanne, who described a vision she had before she passed.

Jeanne said: “I was lying in bed, and people were walking very slowly by me.

Dr Kerr went on to analyse Jeanne’s testimony suggesting that “dying is a paradox”.

Looking at his data, Dr Kerr discovered that around 80 percent of his patients experienced at least one pre-death dream or vision.

He found the frequency of pre-death visions increased as the time of death approaches, with more patients seeing deceased friends and relatives than living ones.

Dr Kerr added: “End-of-life experiences are not only tied to our personal meanings but they are tied to some of our greatest needs: the need to love, to be loved, nurtured, forgiven.”