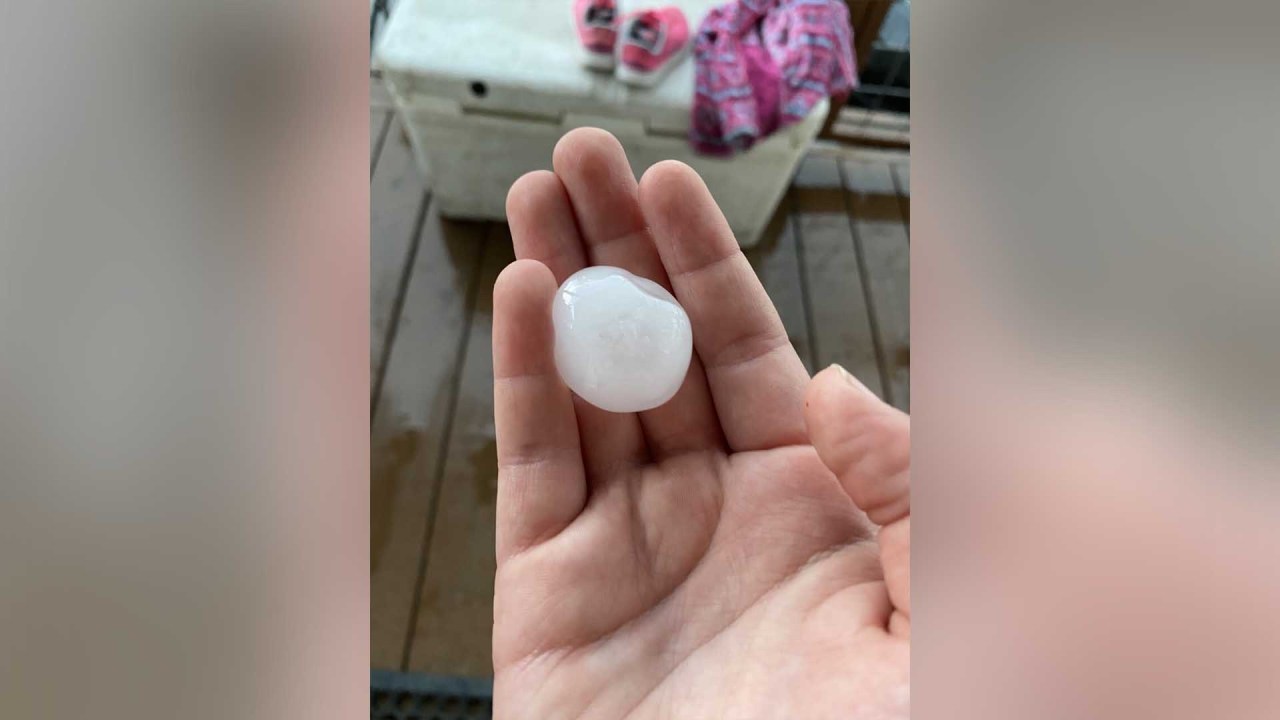 A Severe Thunderstorm Watch is in place for much of the viewing area through 2 a.m.

This live blog will be updated throughout the evening with the latest warnings and viewer-submitted videos and photos.

Austin Energy is working to repair an outage in the Mueller area that’s affecting more than 2,500 customers. The area is encompassed by Airport Boulevard, I-35 and Manor Road.

Tennis ball-sized hail was reported in the Jarrell area. A 60 mile per hour wind gust was observed at the Austin airport.

Severe Thunderstorm Warning, including Austin, Round Rock and Pflugerville, in effect through 8 p.m.

Deborah Eubank sent in this video of her fence blown over.

Severe Thunderstorm Warning issued for parts of Burnet, Travis and Williamson Counties through 7:15 p.m., including Austin, Round Rock and Cedar Park.

Below is a view of storm clouds approaching the Hoover Valley area, which is west of the City of Burnet.

A Severe Thunderstorm Warning is in effect for parts of Llano County, including the City of Llano through 6:30 p.m.

A Severe Thunderstorm Warning was issued for parts of Llano and Burnet Counties, including Marble Falls, Burnet and Buchanan Dam through 6:30 p.m.

Viewer Max Milam sent in this video of hail hitting the water on Lake Buchanan in the Peninsula area.

Chief Meteorologist David Yeomans said up to baseball-sized hail was expected with a storm between Tow and Bluffton. That storm is headed toward Burnet and Gandy.