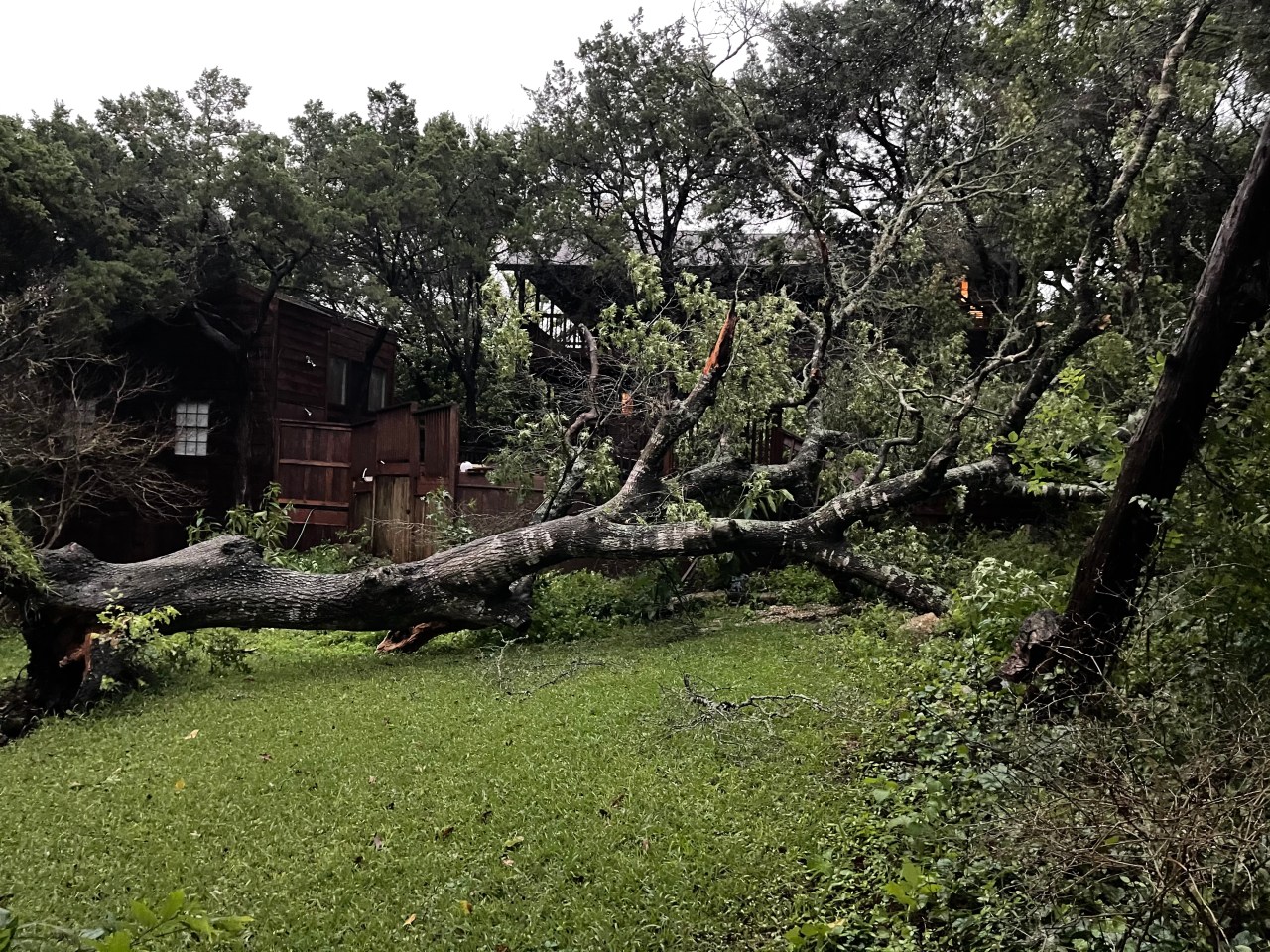 More than 9,000 homes that had no power all night and all morning were still without power as of 1 p.m.

“If you’re part of a smaller outage, it’s possible you may be without power through tomorrow,” the company tweeted on Saturday afternoon.

Austin Energy crews are also dealing with four broken poles and about 60 hazards that crews have to navigate.

Bastrop County, which was placed under a tornado warning on Friday and saw some of the worst damage, is also affected by ongoing outages – as of 1 p.m. 658 homes have no power, according to Bluebonnet Electric, which is dealing with 2,500 total outages in Central Texas.

Austin Energy said people should avoid downed power lines on Saturday and call the company at 512 322-9100 if they spot any.

Another 1,700 Oncor Energy customers in Williamson and Travis counties are without power.

Bluebonnet said that new crews began to work on the outages at 6:30 a.m. Saturday, and will work “quickly” and “safely” to restore power, it said.

KXAN meteorologists David Yeomans and Nick Bannin pointed out rotation along FM 155 in Fayette County Friday as they tracked a possible tornado in the area.

Many KXAN viewers reported trees and branches down as a result of the high winds.

In Bastrop County, the roof was ripped off the Red Rock General Store, but no one was hurt.