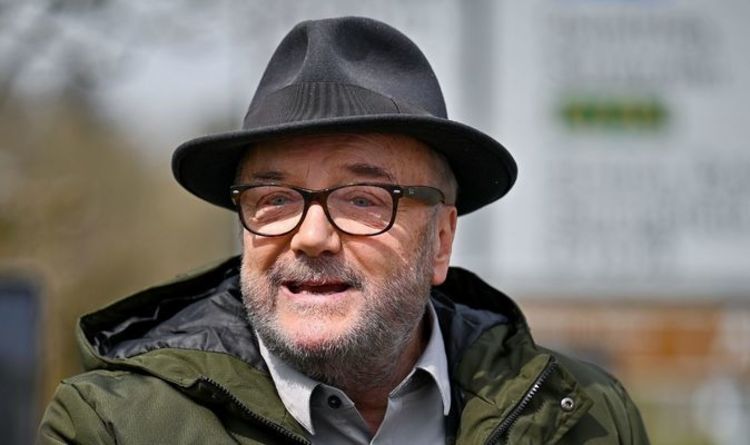 Ahead of the Batley on Spen by-election on June 1, the Labour leader has been warned Mr Galloway has the ability to make a “dramatic comeback” into UK politics. Despite failing to win a seat in the Scottish election, Mr Galloway, a former Labour MP himself, has the ability to “unnerve” his opponents, Tom Harris claimed. Mr Harris, former Labour MP for Glasgow South, said: “Galloway has faced electoral defeat before and has frequently managed to stage a dramatic comeback.

“That is what unnerves his political opponents even today.

“Because they recognise that he still has enough of a presence and the following to make waves.”

Pressure is building on the current Labour leader after the Opposition lost the Hartlepool by-election earlier this month.

In contrast, the Tories tightened their grip across the country by adding 13 councils and a further 235 councillors.

Ahead of the election in Batley and Spen next month, some have warned losing another seat to the Tories may be Sir Keir’s downfall.

Mr Harris added: “The problem Labour face is that Galloway has veered so wildly between triumph and disaster during his long career, it is impossible to anticipate which direction his latest campaign will go.

“And in a contest already so unpredictable, in a political context so febrile and inhospitable to the current Labour Party, that is the most discomfiting aspect for Starmer.”

JUST IN: EU ‘threatened and made people fear’ their English identity

“So, if for whatever reason you think that the current leader of the Labour Party needs to be replaced, I’m your man.”

The by-election was triggered after previous MP Tracy Babin was elected as mayor for West Yorkshire.

Labour has elected Kim Leadbitter, sister of Jo Cox, who held the seat until she was killed by a right-wing extremist.

The Tories have elected Leeds councillor Ryan Stephenson as their candidate.

The Yorkshire Party, which came third in the recent West Yorkshire mayoral election, said local engineer Corey Robinson would contest the by-election for them.

Following the loss of Hartlepool earlier this month, a Labour seat for 62 years, some within the Opposition claimed Sir Keir is not cutting through to the public.