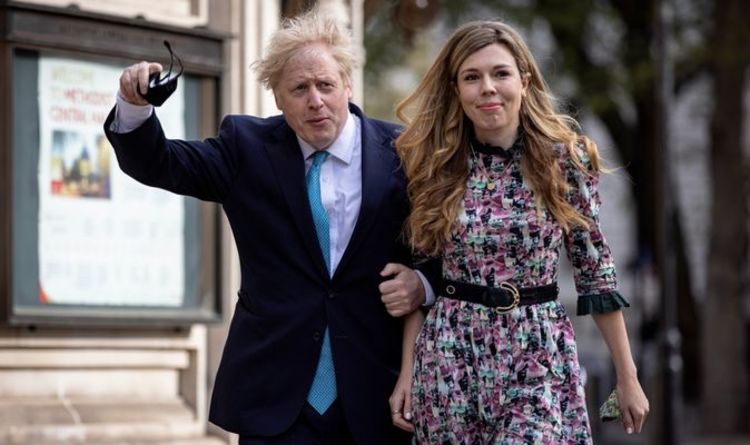 The Prime Minister and his fiancée tied the knot in a private ceremony at Westminster Cathedral on Saturday. Labour leader Sir Keir Starmer put his political differences to one side and wished the couple a “happy life together”, but some other members of his party could not resist taking a shot at Mr Johnson.

His remarks came as Dominic Cummings launched a stunning attack on the Government’s handling of the pandemic, rising cases of the Indian variant in the UK and a report cleared Mr Johnson of wrongdoing over the refurbishments of his Downing Street flat.

In a post on Twitter, Mr Tricket wrote: “Boris ‘secret wedding’ – a good way to bury this weeks bad news: COVID Indian variant; Dom Cummings testimony; ‘who should we allow to die?”; fishy goings on in No 10 flat; the Richest get even richer etc etc.”

Fellow Labour MP Tonia Antoniazzi claimed the wedding was an attempt to “deflect from negative press”.

Veteran Labour parliamentarian Barr Sheerman took a personal swipe at Mr Johnson who got married for a third time, and tweeted: “Where did the Prime Minister’s previous marriages take place should there be blue plaques?”

Tory MP Paul Bristow hit out at the remarks made by members of the opposition.

The MP for Peterborough said: “Some Labour MPs are pouring scorn on Boris and Carrie.

“What sort of world view do these Labour MPs have?

“If you’re unable to wish a newlywed couple well, then just don’t say anything.”

Even shadow justice minister Karl Turner was appalled by some of the comments emerging online.

The Labour MP said: “A couple’s wedding day is meant to be a wonderfully happy event. So isn’t it awful that when our PM gets married people ask ‘who paid’.

On Saturday, Mr Johnson’s father, Stanley, was spotted in Downing Street after the ceremony, while guests and musicians were seen leaving No. 10 following the reception.

A Downing Street spokesman said: “The Prime Minister and Ms Symonds were married yesterday afternoon in a small ceremony at Westminster Cathedral.

“The couple will celebrate their wedding with family and friends next summer.”