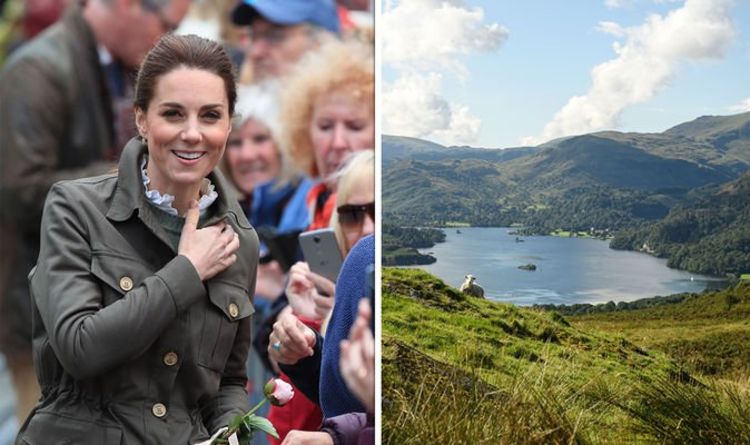 Although the royal couple don’t have a lot of chances to go on holiday, when they do, they usually pick spots close to home. Kate revealed on an occasion that they love going to the Lake District, in Cumbria, and that it’s one of their preferred destinations in the UK.
In one of their visits to Cumbria, Kate said that she and the family absolutely adore the Lake District.

Located in the northwest region of England, the Lake District is admired for its natural beauty and considered one of the most beautiful destinations in the UK.

Famous for its National Park, the region has very popular spots like market town Kendall, where the famous Kendall mint cake originated.

Beautiful towns Ambleside or Keswick are perfect to visit with the family and the scenic lake Windermere is ideal for a day out sailing.

READ MORE: Green list update: 11 countries that could be made green ‘very soon’

The Lake District has also been chosen by many personalities like author Beatrix Potter – who was inspired by the region to write some of her tales like Peter Rabbit – or poet William Wordsworth.

Kate has previously said that she loves spending time with her children outdoors, that’s why it’s no surprise the couple love spending time in the Lakes and have previously revealed it as their very favourite family destination.

“I believe that spending time outdoors when we are young can play a role in laying the foundations for children to become happy, healthy adults,” said the Duchess.

In one of their visits to the Lake District, Kate also said that although it rains a lot, they love it there. She explained that the children adore going to the Lakes and walking in the fells.

Kate and William have visited the towns of Keswick and Patterdale, had afternoon tea by Ullswater Lake, enjoyed doing excursions with the kids and just being in contact with nature.

According to Budget Your Trip, it costs around £65 per day for a holiday to the Lake District National Park. This equates to £904 per week for two people.

If you’re planning the do like the Duke and Duchess of Cambridge and visit the Lake District soon, these are some of the places you can’t miss.

Go to picturesque town Grasmere to try their famous gingerbread, invented in 1854 by Sarah Nelson.

Climb the Orrest Head fell and admire the breathtaking views of Lake Windermere.

Pay a visit to Muncaster Castle, the beautiful construction is also famous for being the UK’s most haunted castle.

Visit Dove Cottage near the picturesque Grasmere, where poet William Wordsworth lived from 1799 until 1808 and wrote his manuscripts.

Stroll around Lake Buttermere, one of the Lake District’s most beautiful lakes.

Hire a boat and sail around idyllic Lake Windermere. Alternatively, you can go on a cruise excursion or lake the ferry between the towns of Bowness and Ambleside.

Hike to the Castlerigg Stone Circle. The fascinating construction dates back to the Neolithic period, putting it on an equal footing with Stonehenge.

Climb Scafell Pike, which standing at 978m, is the highest point in England.

The Lake District is a perfect option for a summer staycation, a camping trip, or like the Duke and Duchess do it, to enjoy a relaxing weekend away.