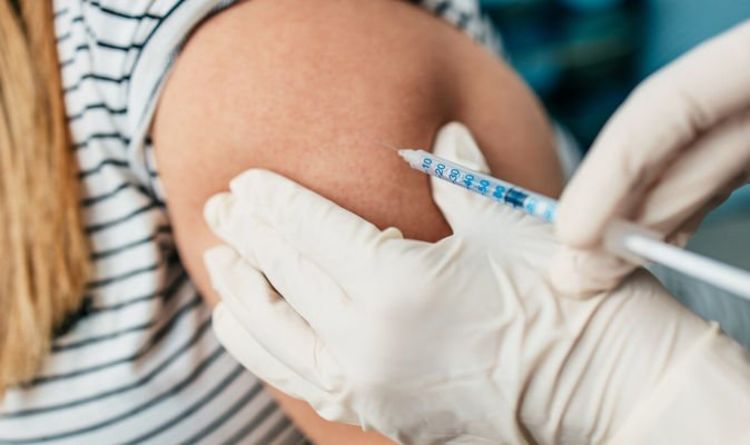 More than 24 million adults have rolled up their sleeves and received their two doses of the vaccine, including the dangerously overweight who were among those prioritised. The Joint Committee on Vaccination and Immunisation identified morbid obesity as an underlying health condition which puts individuals at a higher risk of serious disease and death. But longer needles are needed in morbidly obese patients so the layer of fat under the skin is penetrated to reach the muscle tissue containing immune cells.
If vaccines are injected in fat tissue they can fail because the fat does not contain any of the immune cells and there is less blood flow.

Now the NHS supply chain has put out a tender for a one-year contract starting in August to supply combined safety syringes and needles for “future vaccine candidates that are not yet available but form part of the UK’s overall vaccine programme”.

Around 28 percent of adults in England are classified as obese, and 3.3 percent are classed as morbidly obese, having a BMI of 40 or over.

Standard needles issued as part of the rollout are an inch (25mm) long but Public Health England advises needles of 1.5ins (38mm) are used for morbidly obese individuals to ensure the vaccine is injected into muscle. It said vaccine centres should request the longer needles when ordering the vaccine if required.