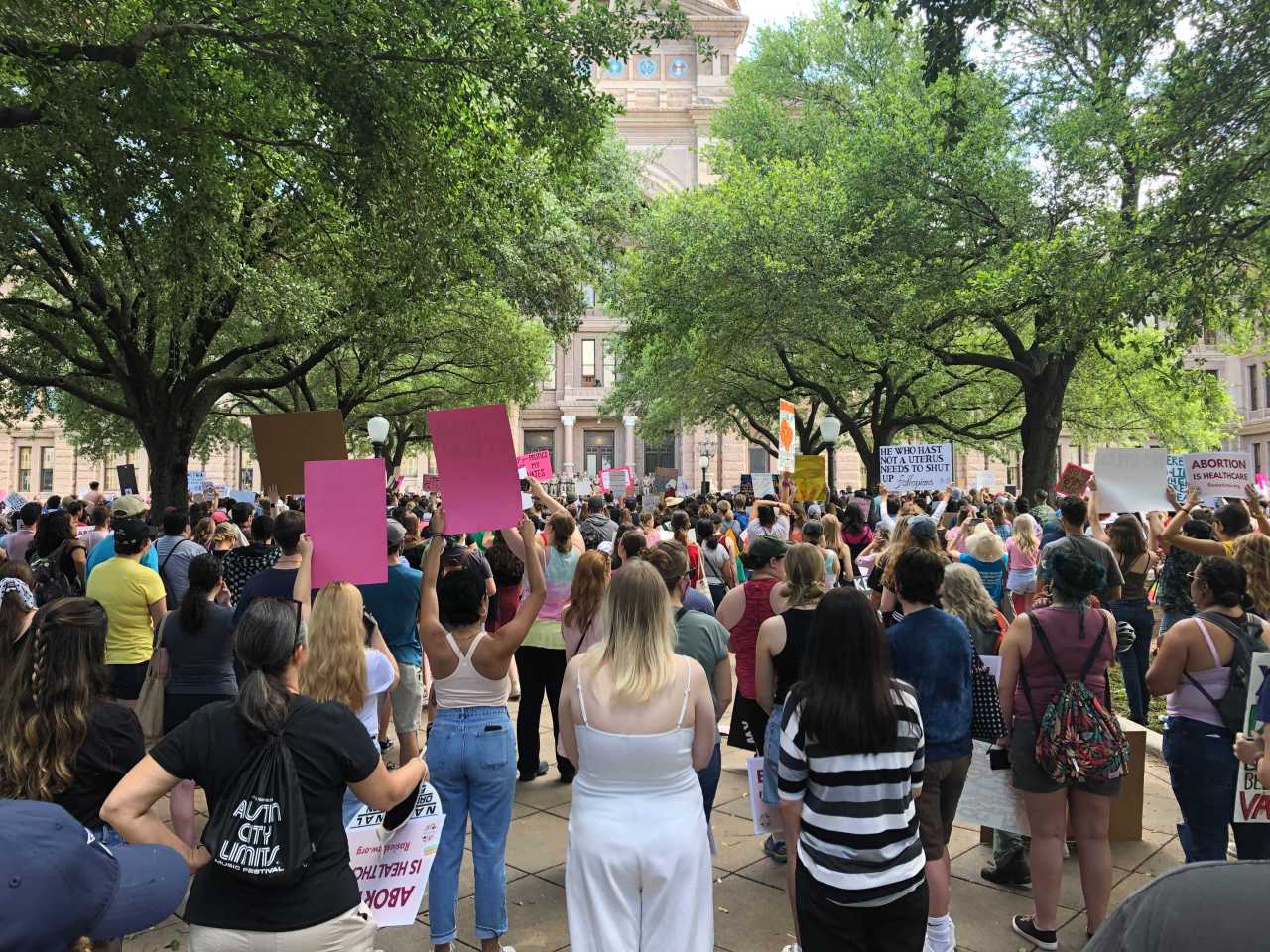 AUSTIN (KXAN) — Hundreds of protesters have gathered for a rally at the Texas Capitol against new laws restricting access to abortions in Texas.

It prohibits abortions after a fetal heartbeat can be detected, which can be as early as six weeks into a pregnancy, when many women do not yet know they are pregnant.

On Saturday, opponents of the law gathered at the Texas Capitol and marched to the Governor’s Mansion as part of the ‘Don’t Mess with Texans’ rally.

Organizers described the law as “unpopular and extreme” and expected a huge turnout for the protest, which started at 11 a.m.

A small group of counter-protesters displayed signs at their own rally just outside the Capitol grounds.

“This law creates a lot of hostility and surveillance and a difficult environment for providers,” said Amy Hagstrom Miller, founder, president and CEO. “It allows any citizen to bring a lawsuit against providers or people who help someone they know and love access an abortion, so it creates a lot of tension and fear and intimidation, which I think is the purpose.”

Supporters of the bill described it as a historic step.

“Millions of children lose their right to life every year because of abortion,” Abbott said. “In Texas, we work to save those lives.”

The bill passed through the Texas Senate 18-12 with one senator abstaining. It passed on third vote in the Texas House 83-64 with two Democrats abstaining. Every Republican lawmaker voted for the bill.

Analysts said the law has a steep hill to climb to survive state or federal court challenges.