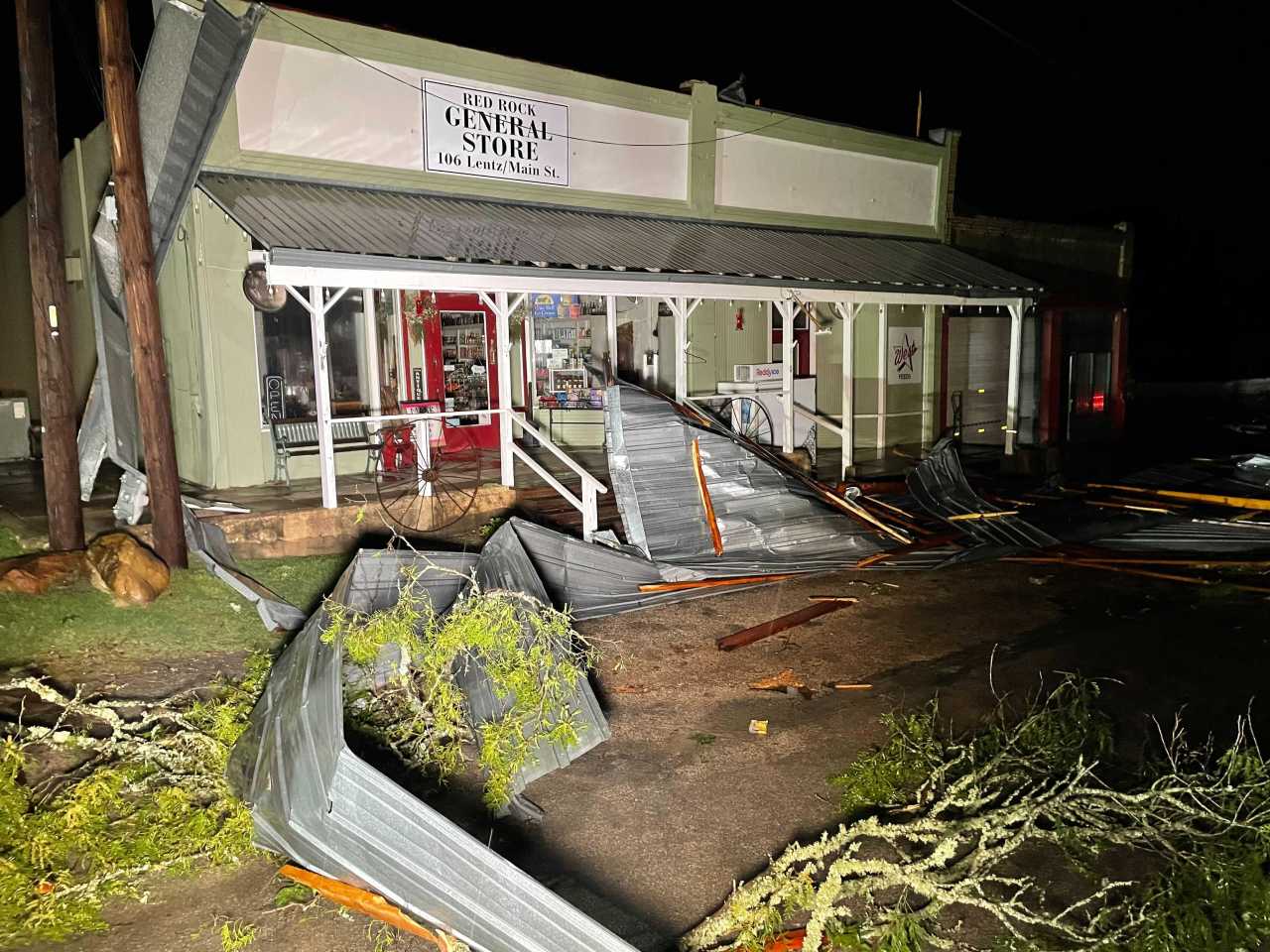 AUSTIN (KXAN) — The fate of a long-time family business in Bastrop County is uncertain after a devastating hit from a possible tornado Friday.

The Red Rock General Store’s roof was ripped off when strong storms moved through the area Friday evening. Fortunately, no one was hurt, but it caused extensive damage.

The store’s owners say water then poured inside the building, damaging the inside and a lot of inventory. To make matters worse, the owners say the power went out, destroying even more inventory.

The family that runs the store set up a GoFundMe asking for help with repairs.

They explain on the fundraising site that the building is more than 100 years old. They’ve run Red Rock General Store since 1996 and say the storm hit just a few days before they planned to celebrate their 25th anniversary there.

“Unfortunately, business has been hard over the last few years, especially during 2020 with COVID. In recent years, we were forced to decide to either pay for property insurance or pay our property taxes. We chose to pay the taxes and forgo the insurance for the time being,” the family’s GoFundMe post reads.

For the store to survive this latest hit, they’re hoping to raise $ 20,000 to replace the roof, fix water damage and restock their inventory.