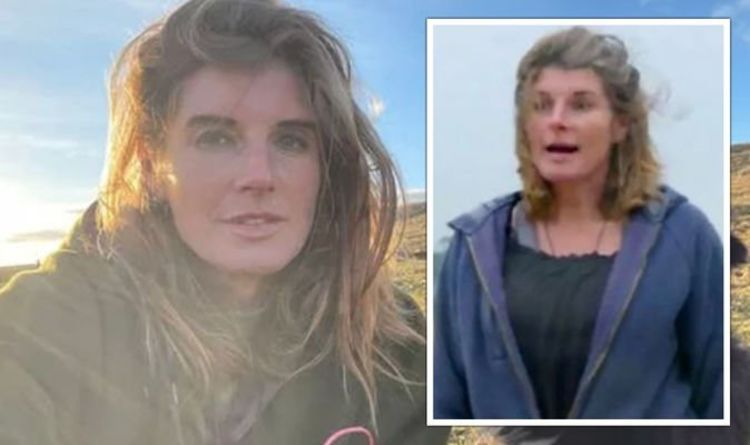 Our Yorkshire Farm’s Amanda Owen and her family have captivated audiences as they share their life working on their farm. The Channel 5 favourite has recently been hit with claims of “selling out” as some fans urged the shepherdess to not be “exploited”.
It comes after the 46-year-old took to Instagram and shared a snap alongside her son Miles promoting the use of Crave Pet Food protein strips and chunks for their sheepdog Midge.

It is not uncommon for people with large social media followings to be approached by companies to advertise their products through their online accounts.

This can result in either a payment or the person posting being able to use the product free of charge.

In view of her 325,000 followers, Amanda penned: “A treat every now and then does no harm and Midge loves @cravepetfooduk protein strips and chunks.

“Sheepdogs are highly intelligent and extremely energetic so we use the CRAVE treats with 100% natural chicken or beef as a reward for good behaviour #satisfytheirnature.”

Viewers inundated the comment section, as one wrote: “Please don’t do the advertising.”

Another commented: “Nooo don’t sell out to these companies keep it real!”

“Please don’t spoil it!! Innocence, hard work believing in your roots!! Don’t be taken over by exploitation! You are such a lovely family,” a third added.

Another commented: “Can’t believe people are whinging about her doing an advert? So what nothing wrong with it at all. Don’t like it don’t follow her. Some people need to get a life.”

“How many people who have judged Amanda have that many children to feed. Amanda, I take my hat off to you. You are amazing,” another remarked.

Amanda has previously opened up about her life on the farm and admitted the family had been reliant on tourists in previous years.

She said: “I know a lot of people will think ‘Well, not a lot has changed with your life as a shepherd’ and while it may seem like in the countryside, the pandemic is so very far away but that’s actually not the case.

“In the first instance, we have diversified as a farm and we are very reliant on tourists.”

Amanda continued to the Mirror Online: “The first six months of the year is very hands-on with the sheep throughout the winter but, come the end of lambing season, we’re looking after people instead, shepherding tourists.

Our Yorkshire Farm is available to watch on My 5.