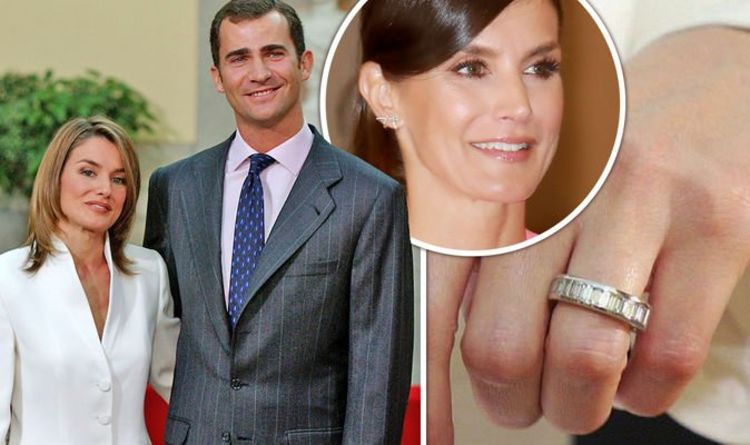 Queen Letizia of Spain married King Felipe VI in a wedding ceremony in Madrid’s Almudena Cathedral after meeting back in 2002. Letizia, who was well-known thanks to her job as a journalist for Spanish national TV, revealed their wedding plans during a news conference in November 2003.
When Felipe proposed to Letizia, he presented her with a stunning diamond engagement ring.

It featured a white gold band which was set with 16 baguette-cut diamonds.

The ring was made by Suárez.

After the wedding ceremony, Queen Letizia stopped wearing her engagement ring and is rarely seen wearing it to this day.

Taking to Instagram to ask why, one person wrote: “I noticed she is wearing a fashion ring but not her wedding ring, why do you think that is?”

Another said: “I think her engagement ring is stunning and she should definitely wear it!”

“I love her jewellery regardless of what she wears, such a trend setter,” said a third.

Queen Letizia regularly carries out visits and engagements in Spain, with one of her most recent appearances saw her attending her daughters’ confirmation in Madrid.

For the occasion, the royal wore a white asymmetric blouse with buttons up one side.

Known for wearing designer brands, the Masks white blouse retails for a whopping £120.