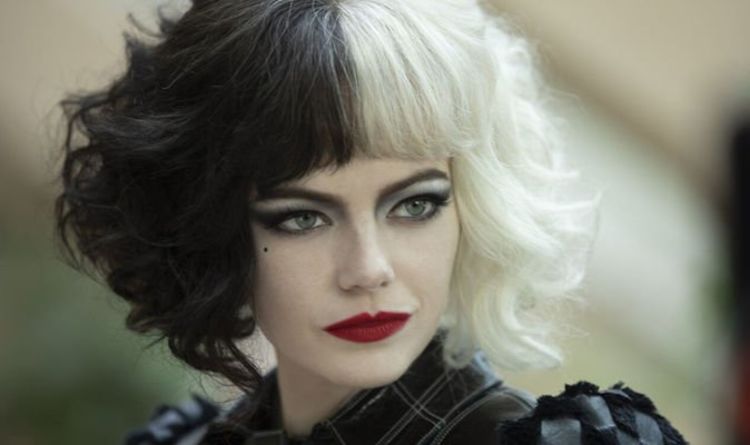 Cruella stars Emma Stone as a younger version of the dalmatian-skinning villain in the new film. However, the ending of the movie suggests there could be some more antics for Cruella – still not quite at the point where she is the evil woman we know. It could be a sequel to Cruella, and a second prequel to 101 Dalmatians will take her the full distance.

Will there be a Cruella sequel?

Warning: Spoilers for Cruella below

At the moment there has been no mention of a Cruella sequel.

However, there are elements of the plot which could be further explored before we reach the full Cruella of 101 Dalmatians.

As well as that, there is precedent from Disney of adding some prequel sequels in their live-action stories.

Finally, the two main actors – Emma Stone and Emma Thompson – have even jokingly come up with an idea for another film.

Firstly, Cruella ends with her dropping off Pongo and Perdita, two dalmatians, to her friends Anita and Roger.

The dogs are siblings, and their owners, as we know from 101 Dalmatians, become intimately connected in the film.

However, Cruella, as the prequel movie ends, does not seem so angry with dalmatians or anti-animals that she would kill them for her coats. Similarly, she also does not seem to be driven by fashion but instead driven by revenge, which may need to change in order for her 101 Dalmatians motives to be fully explained.

Secondly, there is precedent from Disney to continue in the prequel world, as if creating a new world.

One such example is Maleficent, which sees the first film explore why Maleficent felt how she did about Aurora, before that then turns, in the second film, into their relationship becoming almost like mother and daughter.

However, in Maleficent 2, the main character also explores deeper origins and considers where she comes from as well as who she is. It may be, therefore, there is further exploration for Cruella which can only be fully explained in a second film, meaning Emma may have to make a return to the fold.

The final issue is, of course, what the plot may be, and one interview seemed to make one possibility even more likely.

In an interview with Rotten Tomatoes, a version of events was suggested which might bring together the two live-action worlds of 101 Dalmatians.

This would mean bringing Glenn Close back to the fold to work alongside Emma Stone, as the two Cruellas unite.

In response to this suggestion, similarly to the Godfather II, where Michael and Vito came together, Emma Thompson said: “I’m writing the letter now. Actually, has anyone got any papers? ‘Dear Mr. Disney…’

“Oh, is he still around? I don’t even know. ‘Please, can we do exactly what was just suggested in this interview?’ I’m sending it.”

At that, it was even suggested Emma Thompson could write it, given she has already bagged an Oscar for her screenwriting, which meant Emma Stone was even more interested in this idea.

Again, nothing has been confirmed and it may be the producers will wait until the box office response to Cruella is counted.

Cruella is in cinemas and on Disney Plus now