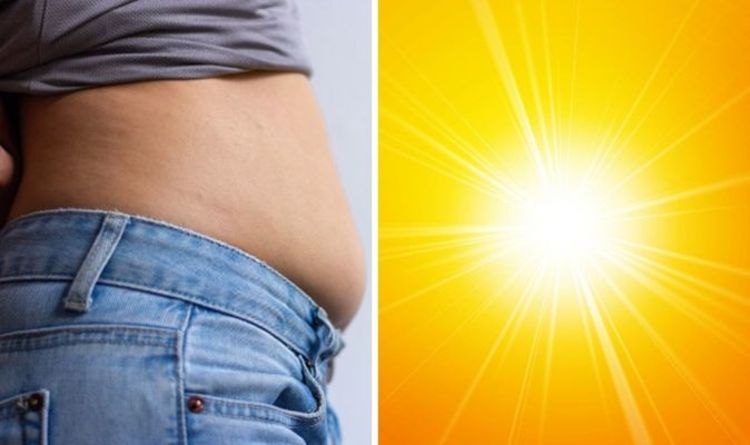 Bloating has a number of different causes, from IBS to endometriosis… but sometimes the cause of your bloating is less complex and temporary. Hot weather is a lesser-known cause of bloating, so your stomach might have expanded today as temperatures soar to 27C in some parts of the UK. Express.co.uk chatted to the team at Vita Coco to find out how to stop bloating in hot weather.

With record temperatures expected to continue well into next week, it’s time to think about how we can combat a big bloated belly.

Vitamin D from the sun can boost your mood, improve muscle and brain function and just make you feel generally healthier, but a bloated belly can ruin your fun.

Bloating is often down to digestion, intolerances, conditions and habits… but it can be caused by hot weather.

The reason why you’re so bloated today

When you’re exposed to a hotter climate than you’re used to – for example, during a heatwave in the UK or when you travel abroad to a hotter country – you may experience unpleasant symptoms.

High temperatures can result in loss of fluids and salts and lead to symptoms such as bloating, prickly heat, fainting, swelling of hands, feet or legs and muscle cramps.

According to the team at Vita Coco, our stomachs can often be the first body part that reacts to the heat with bloating.

As the body sweats and tries to lower its internal temperature, you lose vital water and electrolytes and your body (if it starts to lose too much) tries to retain what it has left.

You can’t control the weather, but Vita Coco has revealed four steps to beating bloat during a heatwave.

Your taste buds might trick you into feeling hydrated after an ice-cold can of coke or Fanta Lemon, but fizzy drinks will only make you feel more bloated.

“Instead, opt for a soothing peppermint or ginger tea which promotes healthy digestion and calms your stomach.

“Pop a few ice cubes in and let it cool to make a refreshing cold brew.”

Eve said: “A lot of people might deem their gut symptoms – such as not going to the toilet for a week – normal because they’re used to it.

“But regular bowel movements are a sign that things are moving through as they should be.

“Gut symptoms would be cramping, excess gas, constipation and/or diarrhoea.

“It’s a misconception that to be healthy, you have to cut out food groups. For gut health, it’s about enriching your diet and rotating colours.”

According to the expert, darker, colourful foods such as berries, purple carrots, dark chocolate, green tea, spinach and grapes are all rich in polyphenols.

She also said foods containing prebiotic fibres feed the positive bacteria in our gut, and examples of these are garlic, chickpeas, lentils, artichokes and onions.