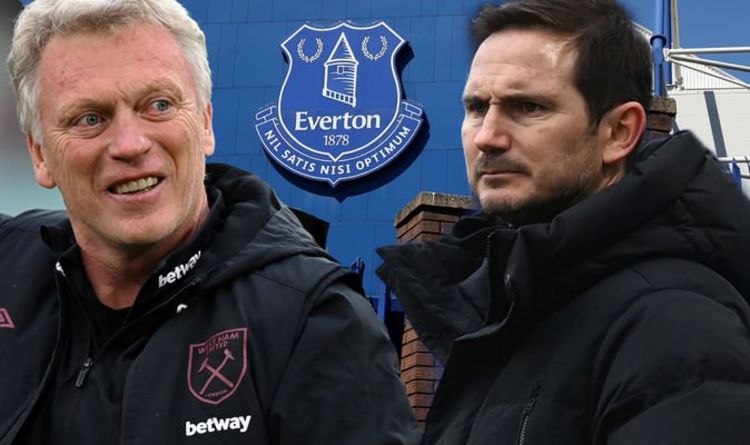 Everton‘s board have come up with at least seven names who could replace Carlo Ancelotti after his shock Goodison Park exit on Tuesday with Frank Lampard, David Moyes and Roberto Martinez among the eye-catching names potentially in the frame.

The Toffees are on the hunt for a new manager after Ancelotti decided to return to Real Madrid, where it is thought he could double his salary.

That is despite the fact only two were paid more than him in the Premier League thanks to his £11million-a-year contract, which still had another three years to run, on Merseyside.

Ancelotti said on Tuesday evening: “While I have enjoyed being at Everton I have been presented with an unexpected opportunity which I believe is the right move for me and my family at this time.”

Everton confirmed they will “begin the process of appointing a new manager immediately” in a statement as they thanked Ancelotti for his efforts over the past 18 months.

And the club’s board – including owner Farhad Moshiri, CEO Denise Barrett-Baxendale and chairman Bill Kenwright – met the same day that Ancelotti’s departure was made official to talk through potential replacements for the Italian.

According to the Daily Mirror among those set to be looked at by Everton is iconic former Toffees boss Moyes, who spent 11 years at Goodison between 2002 and 2013, before leaving to replace the retiring Sir Alex Ferguson at Manchester United.

The Scot was immensely popular during his 518-game tenure and was three times the LMA Manager of the Year with Everton, taking them to their highest Premier League finish in 2004-05 when the club came fourth and the FA Cup final in 2009 although he never won a trophy.

Moyes remains fond of Everton and took West Ham to a sixth-placed finish in the 2020-21 season to qualify for the Europa League and finish just two points shy of Champions League qualification.

And he would seemingly be the most favoured appointment among the fanbase, with it thought he could be prised from West Ham despite his success there because he has yet to sign a new contract with the Hammers.

The Mirror say that Moyes would be open to sitting down and talking things through with Everton and it is believed he still has a home in the north west.

Elsewhere, another eye-catching name is free agent Lampard, who was sacked by Chelsea back in January after a miserable run of form.

The Blues’ all-time top goalscorer, 42, has remained out of work since then and has only managed two full seasons in management, taking Derby County to the Championship play-off final before finishing fourth with Chelsea in 2019-20 and reaching the FA Cup final only to lose to Arsenal.

Another familiar name more established in management and like Moyes, an Everton past, is Roberto Martinez, who spent three years at the club before he was sacked in May 2016.

Despite that – having taken Everton to fifth in 2014-15 and having been the Belgium national team manager ever since August of five years ago – Martinez is another man being considered.

The 47-year-old Spaniard has also been linked with Tottenham and is looking to lead Belgium, who top the FIFA world rankings, to their first ever trophy at Euro 2020 after finishing third at the World Cup three years ago.

Burnley’s Sean Dyche is another who is admired having twice got the Clarets promoted to the Premier League in his nine-year spell in Lancashire.

Dyche, 49, is the longest-serving manager in England’s top flight but is down to the final year of his contract and has been mentioned in connection with Crystal Palace having installed Burnley as a regular top-flight side with finishes of 16th, 7th, 15th, 10th and 17th since their last promotion in 2016.

The Everton powerbrokers are also said to have discussed three free agents in Nuno Espirito Santo, Eddie Howe and Vitor Pereira, all of whom would be easier to bring to Goodison without any need to pay compensation.

Nuno recently left Wolves after a successful four-year stay that resulted in a Championship title, back-to-back seventh-placed finishes in the Premier League and reaching the Europa League quarter-finals.

Howe has been out of work for 12 months and recently snubbed the Celtic job having last worked with Bournemouth, whom he spent eight years with.

He was crowned Manager of the Decade between 2005 and 2015 after leading the Cherries to promotions from League Two, League One and the Championship and overseeing five Premier League seasons.

Pereira meanwhile has long been linked to Everton, having been interviewed to replace Moyes in 2013, but is currently jobless having last worked in the Chinese Super League with Shanghai SPG, where he won the 2018 league title and the 2019 Chinese FA Super Cup.

The Portuguese, who left China in December last year, also won three league titles with Porto and Olympiacos earlier in his career but has not worked in Europe since May 2017 after a short-lived spell with 1860 Munich that saw them relegated to Germany’s third tier.