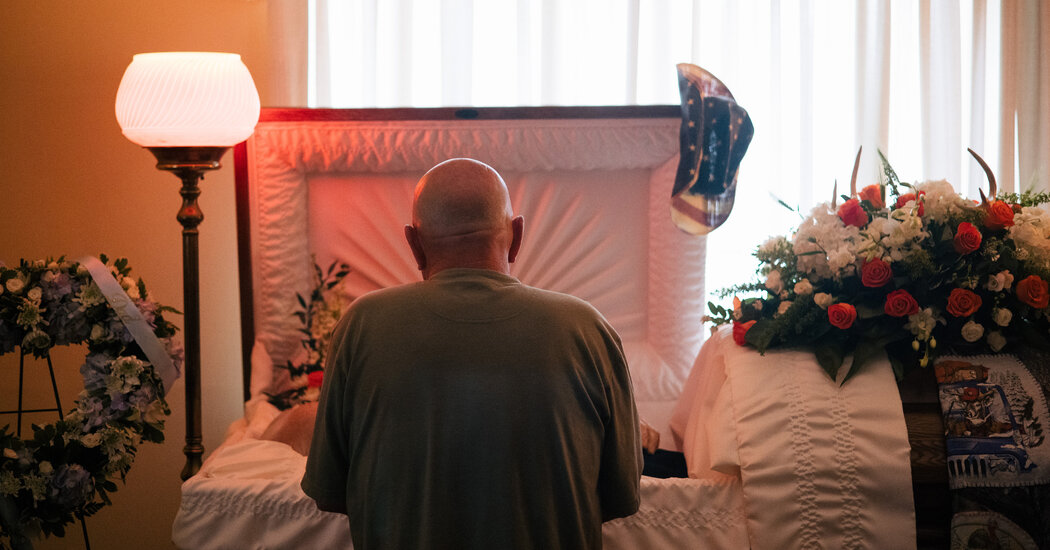 For families of those who are dying now, the entire issue of vaccination has created a new layer of discomfort — and a set of difficult questions no one was asking in the early months of the crisis, before vaccines.

Hollie Rivers has been devastated in the weeks since her husband, Antwone, died in Michigan. Mr. Rivers had helped raise their blended family of five children, Ms. Rivers said, and had worked his way up to the manager level at his job at a vehicle logistics company. She said he became her life partner — the “Charlie,” as she called him, to her “Angel.” At his funeral in May, she helped carry the coffin.

“I wanted to hold him until the very end, until I couldn’t hold him any longer,” Ms. Rivers, 28, said.

But after Ms. Rivers gave an interview to a Detroit-area television station and disclosed that her husband had not been vaccinated, she said she faced critical comments online. She and her husband had been initially hesitant, she said, but were considering getting the vaccine. Then Mr. Rivers, 40, got sick in early April, his wife said, before Michigan opened up vaccination to people his age.

Ms. Rivers described some online comments, including on a family GoFundMe page, as plainly hostile: “He refused the shot, how could you dare ask for money?” she recalled the tone of one message suggesting.

“Now I just feel like I want to cancel it. It’s not about money,” said Ms. Rivers, who is on short-term leave from her job installing car door panels. “I would live in a cardboard box if it meant my husband coming back to me and his kids.”

Dr. Miles, the epidemiologist who studies grief, said she had seen such dynamics play out in deaths from diseases like lung cancer or diabetes.