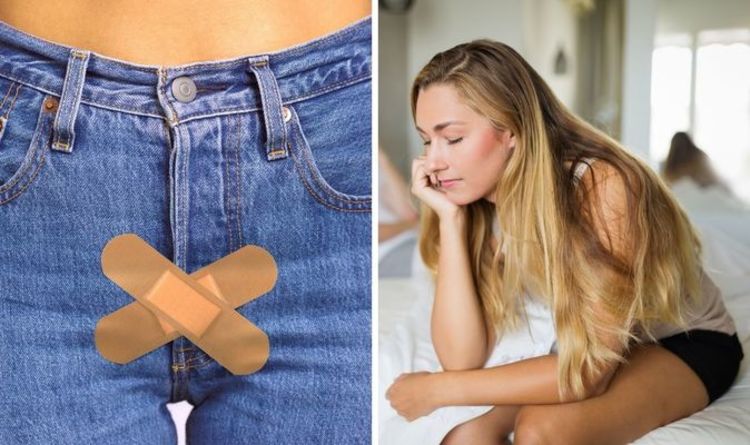 Around one in 10 women in the UK find sex painful and vaginismus is just one cause of painful sex, also known as dyspareunia. Express.co.uk chatted to hypnotherapist Aaron Surtees from City Hypnosis to find out the common causes of vaginismus and how to overcome the condition.

Vaginismus makes penetrative sex impossible and can seriously impact the mental health of women who have it.

The condition causes the vaginal muscles to tighten up and the woman has no control over it.

Someone with vaginismus will also find it hard inserting a tampon, or feel a burning or stinging pain when attempting penetration.

READ MORE-  Cancer symptoms: One sensation on the toilet may be bowel cancer

Hypnotherapist Aaron Surtees, who heads up City Hypnosis, said he sees around 10 women a month who want to tackle vaginismus.

He said: “Those with undiagnosed vaginismus can feel embarrassed or abnormal, feelings which can prevent them from seeking help.

“It can also impact self-esteem and can lead to anxiety and depression.

But what causes this unfortunate condition?

According to Mr Surtees, vaginismus is different from just pain during sex because it’s the body’s automatic reaction that causes it.

He said: “Vaginismus is a psychological condition that manifests itself in a physical form’ the fear of penetration which revolves around a fear of pain and loss of control.

“Many of my clients with this condition are women in their 30s, 40s, and even 50s who have never been able to use a tampon or insert a finger inside their vagina.

“Some women experience fear, difficulties or pain from the first time they try to insert something into their vagina and instead of getting better, it can get worse over time. This is called primary vaginismus.”

Other women can be fine for decades but develop pain during sex at a later date, and this is known as secondary vaginismus.

Mr Surtees said this can occur after pregnancy or as a result of gynaecological problems such as endometriosis.

DON’T MISS…
ou can catch Covid after being vaccinated – four symptoms to spot [INFORMER]
Vaginismus symptoms: What is vaginismus? Do YOU have it? [INSIGHT]
Vaginismus and pregnancy: Can you get pregnant with vaginismus? [EXPLAINER]

Very rarely is surgery or anything more severe suggested to fix the problem.

Mr Surtees recommends hypnosis to treat vaginismus – it works by “relaxing the client and allowing the subconscious mind to open up”.

Then, the hypnotherapist explained: “Positive suggestions are made around penetration and sexual imagery, this helps to normalise sex and promote it as a positive, healthy and enjoyable activity.

“Getting the client to visualise herself feeling pleasure from intercourse is key to great results.”