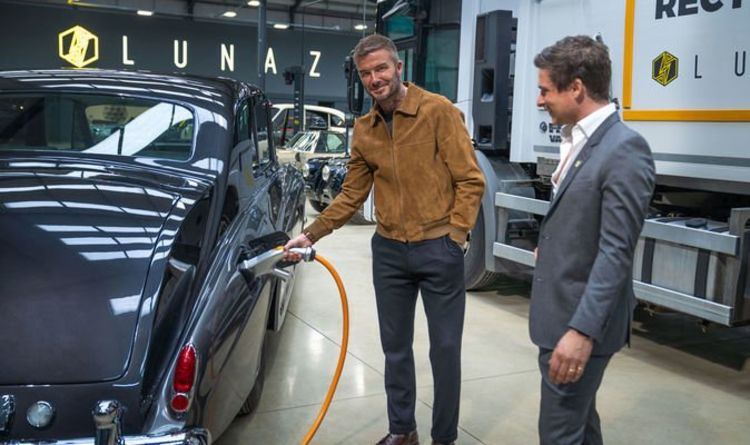 The former England star is believed to have taken a 10 percent stake in Lunaz as he takes small steps into the automotive industry. The football star was photographed getting to grips with electric car technology at the company’s Silverstone factory.

They said the new electrification process could extend the life of up to 70 percent of vehicles.

They say when the 2030 petrol and diesel car ban comes into effect there will be around two billion conventional cars still on the roads across the world.

Lunaz says remanufacturing and upcycling cars through electrification will prevent the majority of these cars from being scrapped.

David Lorenz, Founder and CEO of Lunaz said the new system will save businesses money.