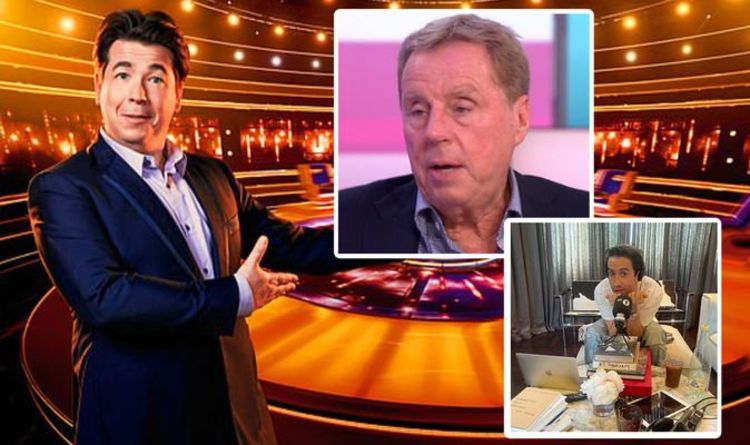 Harry Redknapp, 74, is reportedly among stars having to isolate after a crew member tested positive for coronavirus on the set of Michael McIntyre’s show The Wheel over the weekend. The celebrities and fellow crew will have to remain at home for 10 days to take precautions not to spread the virus further.

The Mirror reported that some of the stars featuring on the BBC quiz show came into contact with the infected person during filming last Friday [28 May] evening.

An insider revealed that only a “small” number of people mixed with the individual, who was said to be working backstage and away from the rest of the production team at the time.

The publication also reported that Harry has “cancelled all his planned engagements” this week including a lunch where he was said to be giving a talk.

READ MORE: A Place in the Sun: Jonnie Irwin stunned as couple walk away from home

Carol has not stated whether she too has had to isolate or escaped having to quaratine, with the former Countdown star having shared a photo from the set on 29 May.

She posted a selfie of herself, penning: “Had a top time filming The Wheel with @McInTweet tonight……top gang too.”

The 60-year-old followed it up with another tweet, teasing who is joining her on the show: “So the crew tonight… The joy who is Harry Redknapp… Andi Oliver @andisn Nick Grimshaw, @angelascanlon.”

A BBC spokesman for The Wheel said: “We can confirm an individual has tested positive for Covid.