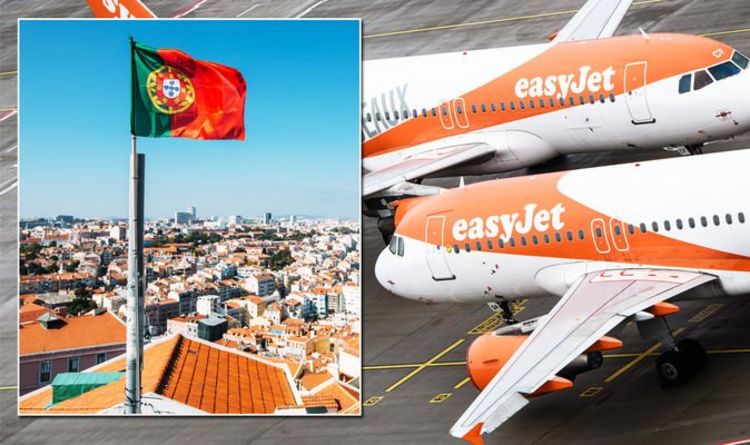 Johan Lundgren, CEO of EasyJet, commented: This shock decision to add Portugal to the amber list is a huge blow to those who are currently in Portugal and those who have booked to be reunited with loved ones or take a well-deserved break this summer with Portugal rates similar to those in the UK it simply isn’t justified.”

The Cheif Executive of Gatwick has also made a statement on the news, and said: “It is bitterly dissapointing news.”

Government Transport Secretary Grant Shapps said it was a “difficult decision to make.”

He said: “One is the positivity rate which has nearly doubled since the last review in Portugal and the other is there’s a sort of Nepal mutation of the [Delta] Indian variant which has been detected and we just don’t know the potential for that to be a vaccine defeating mutation and simply don’t want to take the risk as we come up to the 21 June and the review of the fourth stage of the unlock.”

“We’d welcome more transparency from the government on the data it is using to make these decisions so we can help our customers better plan ahead.

“Right now, our focus is on helping those customers out in Portugal and due to travel in the coming days. We will be in touch with all of our customers in departure date order.”

What happens if you have holidays booked to Portugal?

Those currently in Portugal will now have to self-isolate on return.

They will need to self-isolate at from for 10 days.

Those who cannot self-isolate on return would be best advised to rearrange.

Grant Shapps defended the move. He said: “I want to be straight with people, it’s actually a difficult decision to make, but in the end, we’ve seen two things really which have caused concern.

“One is that the positivity rate has nearly doubled since the last review in Portugal, and the other is that there’s a Nepal mutation of the so-called Indian variants which has been detected.

“We just don’t know the potential for that to be a vaccine defeating mutation and simply don’t want to take the risk, as we come up to June 21.

“What I want to do with today is difficult, but I hope decisive action, is make sure that we protect the future by not restarting problems which may or may not be there at home, we’ll be able to get international travel down the line open more quickly.

“It’s a safety-first approach given where we are in the fourth stage of the unlock.”

More countries have been added to the red list.

Among the nations moving from the amber list to the red list in package holiday hotspot Egypt, as well as Caribbean destinations Trinidad and Tobago.

The Government has warned Britons they should not travel to red list countries.