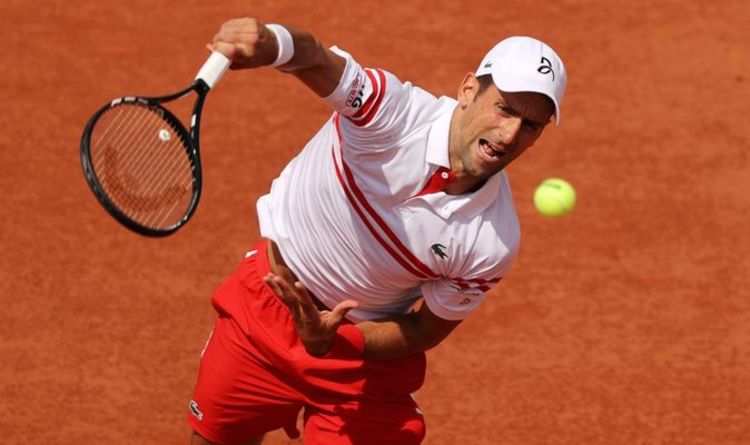 In a matchup that saw his opponent battle gamely with some superb shots and a remarkable ability to scramble around the court to keep rallies alive, Djokovic needed all of his patience to maintain his composure against a dogged rival at Roland Garros.

But Djokovic very nearly lost his cool when, two sets up and 2-1 up with a break in the third, the world number one paused before serving as a fan heckled him from the right side of his service court.

Djokovic turned and walked away from the baseline as the umpire, in French, issued a warning to the crowd to stay silent as the players were preparing to serve.

But the warning wasn’t enough for Djokovic, who made his feelings very clear to the umpire.

“Every single serve, it’s the game guy!” He complained as he pointed out the offending spectator in the stands at Court Suzanne Lenglen.

A heckler then disturbed Cuevas during his service game, and earned a stern look from Djokovic, who looked angry on behalf of his opponent, who went on to hold serve.

But, despite Cuevas’ stubborn resistance, Djokovic’s class proved too much as he served out the match to claim the straight-sets victory, 6-3, 6-2, 6-4, and head into the third round of the tournament, where he will face the winner of the match between Australia’s James Duckworth and Lithuania’s Ricardas Berankis.