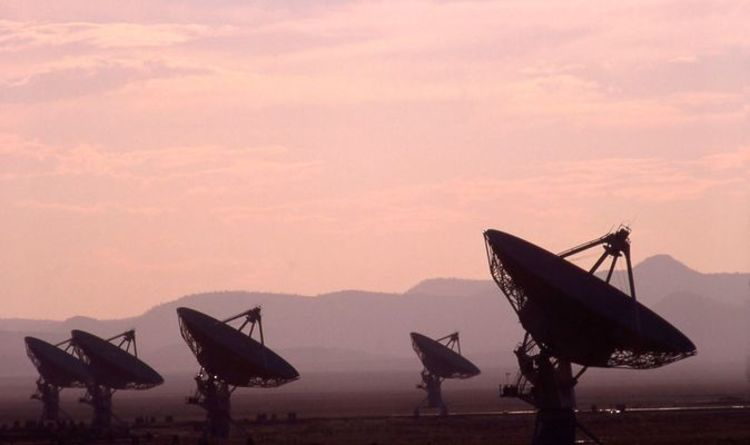 It has been obtained by Vice through a series of information requests, interviews and publicly disclosed records – and could shed new light on the mysterious phenomena. The Pentagon is set to deliver its report on UFO sightings to Congress this month as lawmakers push for sealed information to be made public.

The Canadian military’s oldest report dates back to April 12, 1952. Two officers saw something “apparently round” like “an amber traffic light” at the former RCAF Station North Bay, Ontario.

The UFO flew past at a “very great rate of speed – comparable to twice the speed of an F-86” jet fighter, the report said.

For reference, the top speed of the retired warplane was close to 650mph.

Supersonic speed occurs when an object moves in excess of 760mph suggesting that the UFO seen by the officers easily broke Mach 1 and was even approaching twice the speed of sound.

According to the officers, the UFO “skidded to a stop, reversed direction and disappeared… at a greater rate of speed on reversal than on approach.”

On review of the incident, the intelligence officer who debriefed the witnesses noted the “abrupt reversal of direction observed conveyed the idea that it was most strange and worthwhile reporting.”

Speaking on the early phenomena, Timothy Sayle, director of the University of Toronto’s International Relations program, said: “What’s most striking is that this is not a new phenomenon.

“The fact that reports were filed in the early 1950s suggests these are not recent, commercially available drones.”

Speaking during a May 17 interview, former president Barack Obama also hinted at the plausibility of UFOs.

He admitted that while in office he attempted to look into the strange phenomena.

He said: “What is true — and I’m actually being serious here– is that there’s footage and records of objects in the skies that we don’t know exactly what they are.”