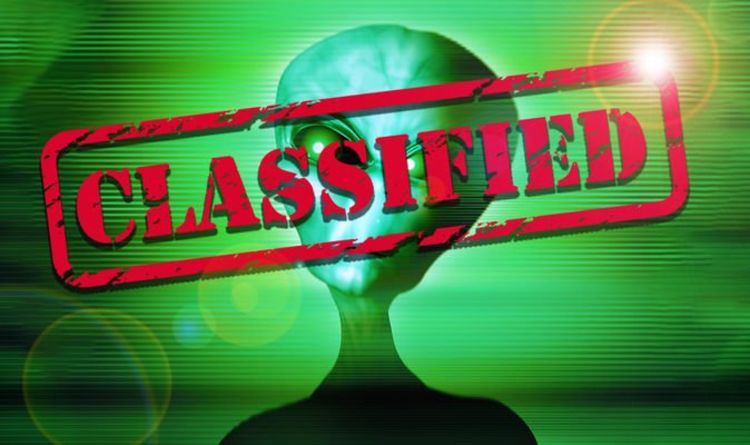 The US Department of Defense (DoD) is due to declassify a number of UFO sightings reported by military personnel in recent years. UFO investigators and conspiracy theorists alike are hopeful the Pentagon report will shed light on many high-profile profile UFO sightings, including declassified videos of “strange craft” in US airspace.

The report’s imminent release date has sparked a renewed interest in the UFO phenomenon, with former presidents commenting on the affair.

Barack Obama has recently confirmed the existence of UFOs though he would not speculate on their supposed alien origin.

Speaking to James Corden on the Late Late Show, the former president said: “We can’t explain how they move, their trajectory. They did not have an easily explainable pattern.

“And so I think that people still take seriously, trying to investigate and figure out what that is.”

When will the Pentagon publish the UFO report?

The Pentagon is expected to publish its report any day now after a six-month countdown was started in late December last year.

A section of the bill concerning the Intelligence Authorization Act for Fiscal Year 2021 mandated the DoD to declassify information collected on UFOs.

According to Nick Pope, a former UFO investigator with the British Ministry of Defence, the Director of National Intelligence is due to submit the report to the Senate Intelligence Committee by about June 25.

However, Mr Pope noted the report “could be sent earlier, though a delay is more likely”.

Mr Pope investigated UFO sightings for the British Government in the 1990s and has been closely following the Pentagon story.

He told Express.co.uk: “I’d rather a delay than a rushed report, as we need a thorough assessment of the various US Navy UFO encounters, and of the phenomenon more generally.

“This will inevitably take time, given the challenges of extracting information from the notoriously fragmented US intelligence community, in a situation where information is likely to be highly classified and compartmentalized.”

What is going to be inside the UFO report?

Although many might expect the US government to come clean about UFOs, chances are a lot of the report will be shrouded in mystery.

The DoD will likely withhold its most interesting findings out of national security reasons.

Mr Pope said: “Because the unclassified report can – and inevitably will – have a classified annexe, I’m sad to say that the media and the public may not learn any profound new truths about UFOs, whatever the US intelligence community privately concludes about the situation.

“There’s a lot of confusion and uncertainty about the upcoming report.”

The expert predicts the DoD will try to spin the narrative in favour of “next-generation aerospace and weapon threats, mainly from aircraft, missiles and drones” rather than alien phenomena.

He added: “In particular, I predict a strong focus on the dangers posed by drones, drone swarms, and AI-controlled drone swarms.”

A recently leaked UFO video, for instance, appears to show a swarm of 14 unidentified craft near the US combat ship USS Omaha.

Whatever the case may be, it’s unlikely the report is going to solve one of the biggest mysteries of all time: are we alone in the universe?