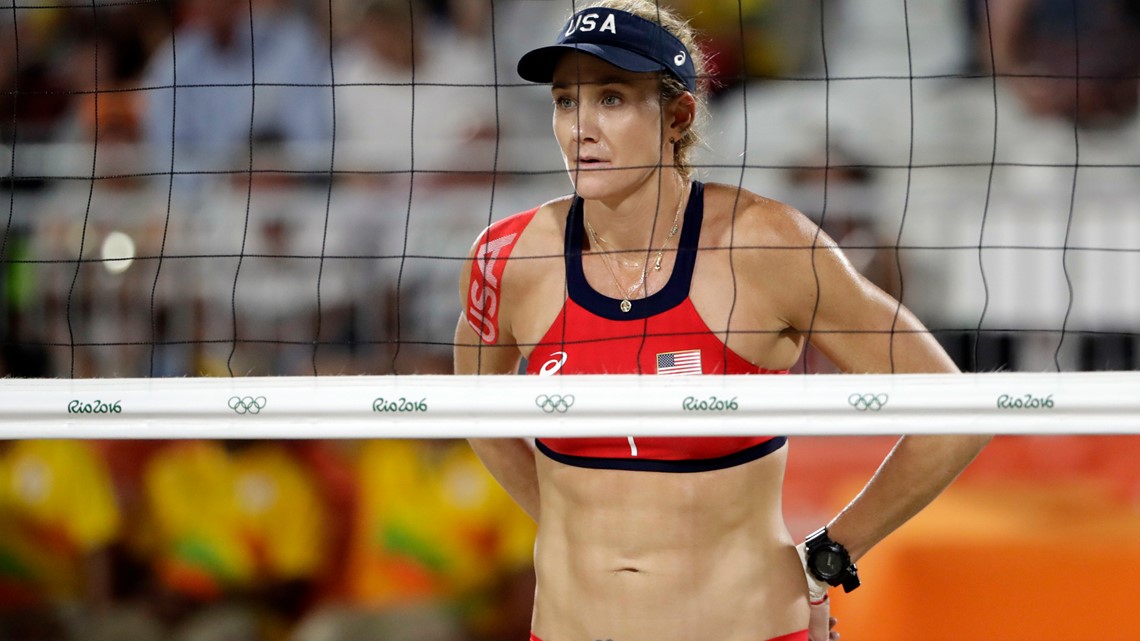 Kerri Walsh Jennings had competed for the United States at every summer Olympics since the 2000 Sydney games.

Three-time beach volleyball gold medalist Kerri Walsh Jennings was defeated in her bid to reach a sixth Olympics when she and partner Brooke Sweat lost in a qualifying match Wednesday in Ostrava, Czech Republic.

The early-round loss to the Netherlands means the U.S. pair could not overtake fellow Americans Kelly Claes and Sarah Sponcil on the international tour point list. Two-time Olympic medalist April Ross and her partner, Alix Klineman, have already clinched a berth in Tokyo, and there is a quota of two teams for each country in each of the women’s and men’s fields.

“It’s a terrible, terrible feeling,” Walsh Jennings said after the match. “It’s been a really rough year, and to lose in a qualifier, it feels really hard right now.”

Walsh Jennings, who won gold in Athens, Beijing and London with Misty May-Treanor and bronze in Rio de Janeiro with Ross, also played on the U.S. indoor team at the Sydney Games in 2000. She and Sweat had been in position to qualify for Tokyo during most of the pandemic-extended qualifying period before Claes and Sponcil won an FIVB event in Sochi, Russia, last week — their first international gold medal.

To retake the lead, Walsh Jennings and Sweat would have needed to at least get to the bronze medal match this weekend in Ostrava and hope that Claes and Sponcil didn’t reach the semifinals.

“Not this time,” Walsh Jennings said. “It’s a really hard day for us, so I think we’ll feel the pain.”

Claes, 25, and Sponcil, 24, will be the youngest team to represent the United States in the Olympic beach volleyball tournament.

The two U.S. men’s Olympic berths are still in contention in Ostrava, with three-time Olympian Jake Gibb and his partner, Taylor Crabb, in the lead and 2008 gold medalist Phil Dalhausser holding down the second spot with his partner, Nick Lucena.

Tri Bourne and Trevor Crabbe need a strong showing — and some help — to pass one of the two leading teams.