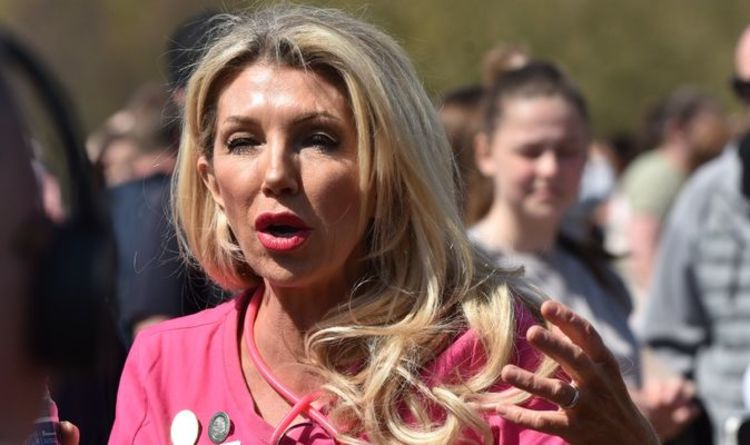 Kay Allison Shemirani, who refers to herself as Kate, claimed that Covid vaccines were “rushed through” because “they want to kill you”. The conspiracy theorist also claimed symptoms of the virus were caused by 5G.

And the anti-vaxxer said nurses were complicit in genocide.

Mrs Shemirani has been removed from the nursing register after using her status as a health professional to spread “distorted propaganda” about the pandemic, the Telegraph reported.

A Nursing and Midwifery Council Fitness to Practice committee ruled her misconduct was so serious that she should be permanently struck from the nursing register.

The committee ruled Mrs Shemirani’s fitness to practise as a registered nurse was impaired on both public protection and public interest grounds.

It comes after she was suspended from the NMC last July for spreading misinformation and had her social media accounts taken down.

READ MORE: Half of Europeans say EU is to blame for shambolic response to Covid

She used her social media brand “Natural Nurse in a Toxic World” to spread her views and even wore a nurse’s uniform in videos.

The committee said: “Mrs Shemirani had attempted to encourage people to act contrary to public health guidance issued by the UK Government by spreading this information through social media platforms and at public events.”

It added that she has “not shown any remorse, nor given any explanation for repeatedly spreading misinformation”.

The committee said: “Mrs Shemirani has used the Covid-19 pandemic as an excuse to promote her own distorted version of events. Mrs Shemirani makes incorrect and outdated comments on pharmacological improvements, and presents in a dramatic and hysterical fashion to garner interest.

“The panel considered Mrs Shemirani to have been deeply offensive to the nursing and medical professions, by using inflammatory and derogatory language to describe other nursing and healthcare professionals.”