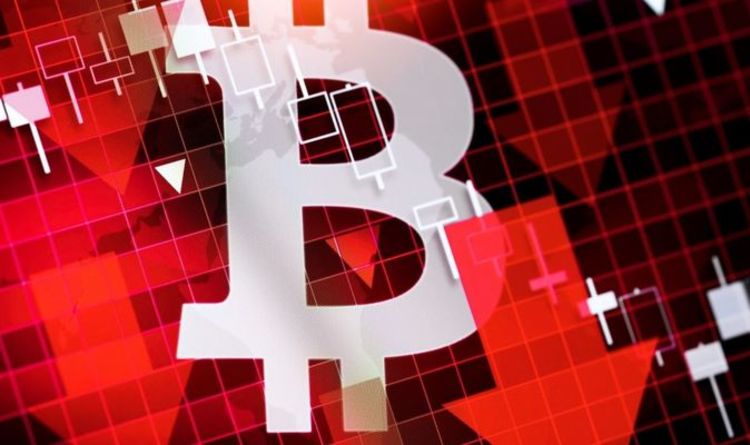 However, the massive fall in the price of the cryptocurrencies was accompanied by a strange Tweet from Tesla boss Mr Musk, who appeared to mock Bitcoin’s recent struggles.

The tech billionaire has been extremely vocal on social media about the use and future of cryptocurrencies.

But his tweets and comments regularly trigger significant upward or downward movements in the volatile market.

In February, the price of Bitcoin surged to an all-time high after he tweeted Tesla would begin accepting payments of the digital currency for sales of their electric cars.

Bitcoin’s price jumped by a fifth (20 percent )after Tesla said it had made a $ 1.5billion investment.

The firm added it would eventually accept the cryptocurrency as payment for its cars.

This resulted in Bitcoin’s largest daily increase in more than three years, climbing to more than $ 48,000.

Mr Musk briefly became the world’s richest person as shares of Tesla surged nearly 500 percent, with the firm also surging to fifth position in the ranking for the most valuable companies in the US.

But on May 17, Bitcoin’s price plunged to its lowest since February after the Tesla boss hinted the electric carmaker may sell its cryptocurrency holdings.

The previous weekend, Mr Musk suggested the firm was considering selling or may have already sold some of its holdings in the cryptocurrency.

Bitcoin’s price drop was triggered by a tweet sent to the Tesla boss, which said: “Bitcoiners are going to slap themselves next quarter when they find out Tesla dumped the rest of their Bitcoin holdings.

“With the amount of hate [Elon Musk] is getting, I wouldn’t blame him.”

He later followed up that Tweet following the panic he had caused, and frankly wrote: “To clarify speculation, Tesla has not sold any Bitcoin.”

That latest blow for Bitcoin comes a week after the Tesla chief executive said the company had stopped accepting Bitcoin as payment for its cars because of fears over its carbon emissions.

He announced the carmaker had stopped vehicle purchases with the cryptocurrency because of “rapidly increasing use of fossil fuels for Bitcoin mining”.

The Tesla boss tweeted: “We are concerned about rapidly increasing use of fossil fuels for Bitcoin mining and transactions, especially coal, which has the worst emissions of any fuel.”

But it has sliced in half since those record highs just six weeks ago, plummeting to just $ 33,600 last weekend.

Last month, Bitcoin suffered a huge hammer blow after the Chinese Government – home to the world’s second-largest economy – banned the use of the cryptocurrency as a form of payment.