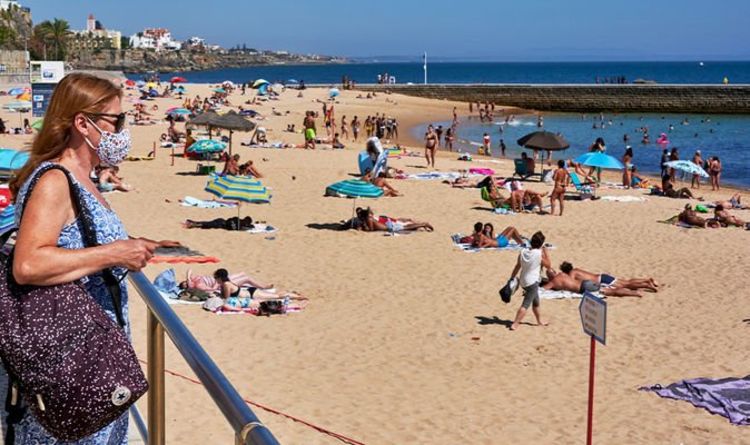 The Government announced today that Portugal will now be on the amber list again, meaning that holidays in the country are not permitted anymore and returning tourists will have to follow a 10 day quarantine. Although the new list will come into place next Tuesday, many Britons are rushing now to get back home.

On Tuesday at 4am, travelling to Portugal for leisure won’t be permitted anymore.

To avoid having the face a 10 day quarantine on return, many Britons are now trying to find ways to go back home before the new measure comes into place.

Britons currently in Portugal have shared on social media how frustrating the new measures are while they try to get home ahead of Tuesday’s tightening rules.

“Whatever happened to 1 week’s notice of changes to the travel list? In Portugal right now and due to fly back next Tuesday, arriving in London at 13:00. Allegedly the country turns Amber at 4am that same day, meaning I miss out on its green status by 9 hours…” one user said.

“What’s happened to the green watch list @grantshapps ? Just landed in Portugal to hear it’s moving to amber on Tuesday. Despite huge assurances this wouldn’t happen. Queue massive childcare issues. I only followed the govt advice and guidance. Goalposts moved hugely,” another one explained.

Many complained about how difficult it is now to go on holiday with the UK’s traffic light system: “17 days Portugal has been on the green list. How the hell is anyone going to have the confidence to book a foreign holiday? I certainly won’t be whilst this traffic light system is in place.”

Some Britons that have tried to rebook their flights after today’s headlines are now facing higher prices for the last minute return tickets.

A couple currently in Portugal told The Telegraph that when they decided to book new flights for Monday, they found that the prices had gone up.

The couple were due to fly back on Tuesday, June 8, but have had to change their flights to Monday, June 7 to avoid 10 day isolation and additional testing costs.

They quickly booked their way back but had to pay £300 each for the new flights.

The company explained that they are doing their best to bring home its customers in Portugal ahead of the June 8 deadline.

Thomas cook CEO, Alan French, said: “Right now, our focus is on helping those customers out in Portugal and due to travel in the coming days.

“We will be in touch with all of our customers in departure date order.

“This news will disappoint thousands of our customers who’d booked a holiday to Portugal following the government advice.

“We’d welcome more transparency from the government on the data it is using to make these decisions so we can help our customers better plan ahead.”

More than 1,800 flights were scheduled from the UK to Portugal in June

However, it’s likely that most will now be cancelled as Britons can only travel to the country for essential reasons and holidays in Portugal are not allowed anymore.

TUI’s managing director, Andrew Flintham, has said that “this latest announcement is another step back for our industry” and that “Portugal decision will do untold damage.”