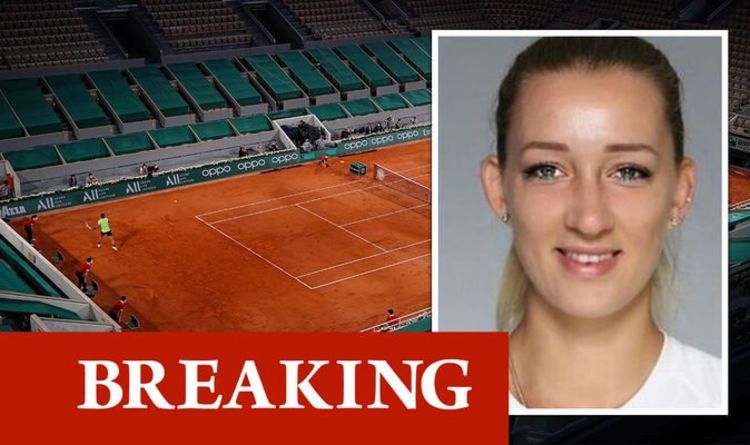 Russian player Yana Sizikova has been arrested at Roland Garros on suspicion of match fixing, according to reports. The 26-year-old was arrested on Thursday evening following her first-round doubles match between her and partner Ekaterina Alexandrova.

They had played against Ajla Tomljanovic and Storm Sanders but lost 6-1, 6-1.

According to Le Parisien, she was taken into custody in the premises of the Central Service for Races and Games of the judicial police following an eventful arrest.

Security guards tried to prevent the arrest as Sizikova was coming out of her massage session following her match.

German newspaper Die Welt claim that Sizikova has been caught up in an investigation opened last October by the Paris prosecutor’s office for “organized gang fraud” and for “active and passive sports corruption.

JUST IN: Sir Alex Ferguson may have blocked Harry Kane to Manchester United

Tomljanovic and Sanders, who defeated Sizikova and Alexandrova, will play Elena Rybakina and Anastasia Pavlyuchenkova in the second round of the women’s doubles.

Meanwhile, Rafael Nadal, Novak Djokovic and Roger Federer are all through to the third round in the men’s singles.

The Swiss won after four sets but was given a warning for taking too long to be ready between service games.

Nadal plays Brit Cameron Norrie hoping as he bids to win his fifth consecutive French Open. The Spaniard could win his 14th title at Roland Garros but has said that he is not focusing on his later round opponents ahead of facing Norrie.

35-year-old Nadal said: “I am the third, [Daniil] Medvedev the second, Novak [Djokovic] is the first, no problem with that. I am here to try my best.

“When I am the third, you know that you’re going to have the chance to be in the same part of the draw as the No 1 and the No 2.

“This time [I’m in] the part of the draw with the No 1. I just won my first match, something I’m happy with, and I try to go for the second one, that’s it. All that stuff [on facing Djokovic and Federer] doesn’t worry me now, honestly.”